Moments of Conception 045 — The Bubble Scene from Explorers 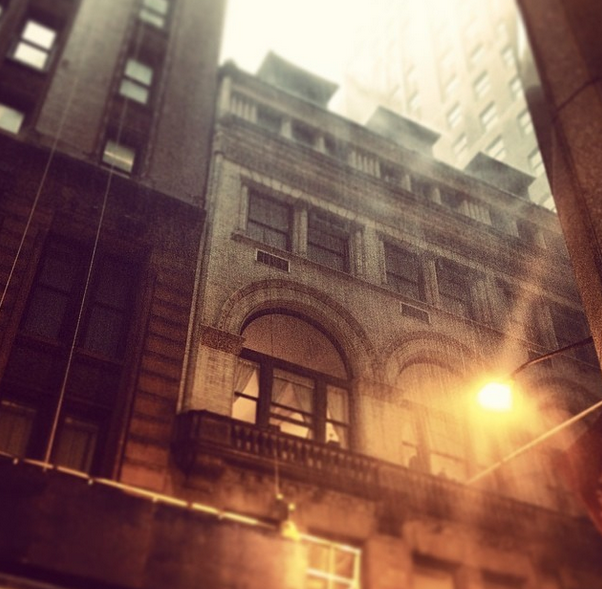 Today’s clip comes from the sphere scene in Explorers:

Planning is
procrastination in disguise. Wolfgang is a scientific genius. The problem
is, he’s a planner. A stereotypical ready,
aim, fire personality. That’s why he kicks around the landscape for the
perfect subject to experiment with. Because he has the scientist hat on. Ben
simply presses go. He’s a doer. More of a try,
listen, leverage personality. That’s why he initiates the program sequence.
Because he has the enthusiast hat on. Even when his friend tells him not to
touch anything, he realizes, it’s his
dream and he’ll touch if he wants to. Ultimately, it’s his subversion of
permission, dislike of delay and spirit of independence that sets the stage for
the rest of the film. And so, this scene becomes a case study of how planning
is the preventer of progress. It alienates unseen targets, overrides
spontaneity and limits your ability to stretch. Like my mentor used to say, the
problem with having a plan is, you might hit it. Ben’s productive impatience is
exactly what the team needs to get their idea off the ground. Not to mention,
into the ground. Are you willing to look
bad on the road to immortality?

Keep passion in play.
Ben is not a scientific genius. But he is
a science fiction enthusiast. Thanks to a late night binge on nerdy movies,
it’s his vivid dream of flying over a giant field of electronic circuitry that
ultimately inspires the moment of conception. Had he never jumped out of bed in
the middle of the night to sketch out the images he saw in his dream,
inspiration would have come and go like a feather in the wind. Ben’s sense of
vision and wonder and belief and possibility become as important as the circuit
board itself. It’s a subtle reminder that talent alone does not guarantee
innovation. It’s what we add to talent that makes the greatest difference. If
talent was enough, everybody would be successful. But they’re not. Only those
who buttress talent with these intangible forces, are. Are you spending time increasing your talent or increasing your character?

Mistakes count as
done. This first experiment was, by all accounts, an accident. Ben inadvertently
traps his friend inside the sphere and flies him around the city. But when he
finally tumbles out, there’s an epiphany. Anything
within the sphere experiences no inertia. Meaning, occupants can accelerate
and decelerate at fantastic speed without suffering ill effects. And so, the
miscalculation of the sphere’s size becomes a blessing in disguise. Proving my theory
that most great ideas are the results of experiments, mistakes, accidents,
errors or jokes. I’m
reminded of a fascinating book called Ideas
That Became Big Business.
It reveals
the origin stories of inventions like chocolate
cookies, rubber tires, hot tea, pacemakers, waffle cones, paper towels, maple
syrup, penicillin, soap bars and stainless steel. What do they all have
in common? Accidents. They were all mistakes that become big
business. Hell, my entire career came from something I saw in a trashcan. Do you listen to the way you talk to
yourself when you make mistakes?