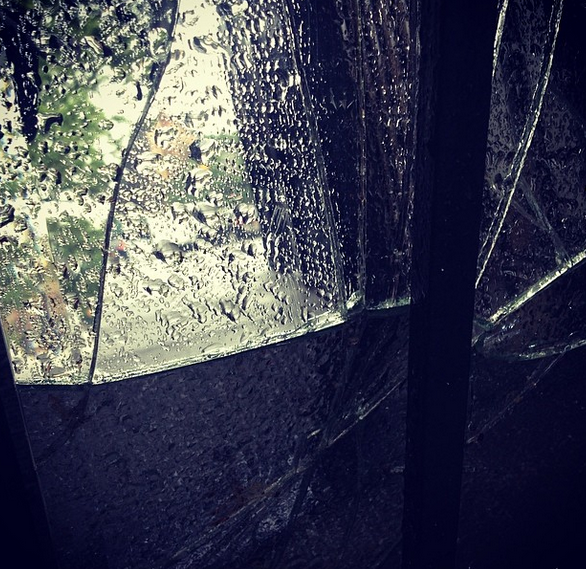 Today’s clip comes from the signal scene in Contact:

Holster your eureka fingers. Our most important creative
discoveries rarely arrive as romantic thunderbolts, burning themselves out in a
great flash. Rather, they materialize on the fringes as faint pulses, fading in
and out of reception, awaiting our hand to coerce them into existence. Ellie’s
team spent four years listening to radio transmissions, hoping to find signals
sent by extraterrestrial life. Four
years. And not a single sound in sight. But just when they think the
endeavor is futile, just when they reach the end of their creative rope, and
just when the government threatens to withdraw funding from their program,
something swims up to consciousness. It’s first contact. The moment of
conception. And what’s important to
notice about this scene is, the stark contrast between search and discovery.
One minute they’re crashed out on the couch, battling the ennui of the search,
the next minute they’re literally running down the aisles as excitement ripples
through the room. The creative process requires both. Are you fighting to stay awake or fighting to stay calm?

The tools we can’t
imagine working without. The
team has been preparing for this moment their whole lives. Tens of thousands of
hours of studying and working and waiting, it’s all prologue to this moment. And
so, while the signal is a surprise, what’s not
a surprise is how quickly, efficiently and effectively the team captures the
signal. Notice the relentless collaboration. They leverage everything they have
in the house. Rendering instruments, commination tools, tracking devices, computer
screens, system drives, audio cables and the like. They stay on it, they don’t
let it get away, and they make a discovery that changes everything. This scene
is a perfect illustration of integration, meaning the process of employing the whole of your personality, talents, gifts and
experiences to contribute the highest amount of value and firepower those
around you. Ellie and her team compress all of their assets into a tight
little package, leaving no talent untapped, and the result is a major scientific discovery. They’ve hit the cosmic jackpot. Is
everything you do designed to give yourself a stronger creative base?

Counting your creative chickens. Ellie’s gut response is to keep the
signal on the quiet. Because
if they go public with this and they’re wrong, the program is toast. Goodbye funding, hello straightjacket. However,
once they confirm the source location of the signal, and it begins repeating an undeniable sequence of prime
numbers, it’s game on. Call the government. Bring on the aliens. This signal is too
legit to quit. And so, we see firsthand the creator’s struggle with containment.
On one hand, she’s deeply possessive about her project. So she safeguards her
artistic vision to protect the intellectual property. On the other hand, she’s deeply
passionately about her projects. So she gives the world a all access backstage
pass to her dream. I’m reminded of when I first started my career as a writer.
I had a bad habit of counting my creative chickens before they hatched. I would
either blow the lid off a new idea by boasting to people who belittled my
ambitions, or I would force a new idea to execution before it was ready to come
into the world. Either way, the stress of false hope and the humiliation of reneging
became unbearable. Lesson learned. Are you doing your victory dance before the game is
over?