Moments of Conception 043 — The Weed Scene from Half Baked 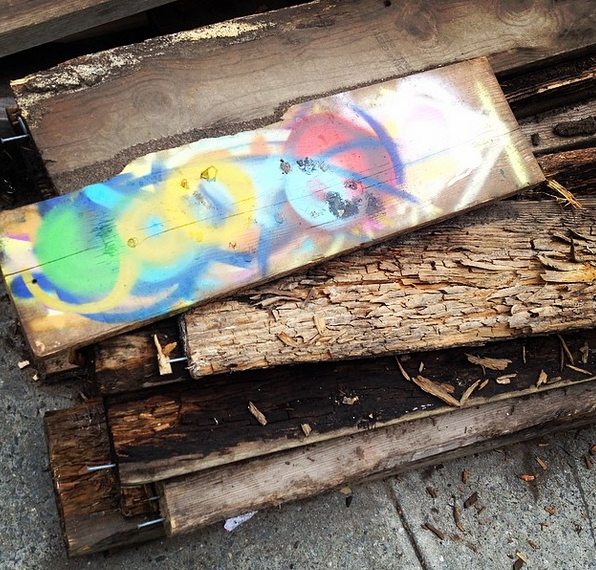 Today’s clip comes from the supply scene in Half Baked:

Nurture
a landscape of opportunity. Thurgood literally
sniffs out an opportunity. Which may come off as juvenile and cartoonish, but
it’s not completely unrealistic. Highly prolific individuals really do follow
their noses. When new ideas announce themselves, plastering posters on
brick walls of their brains, these people intuit what wants to
be created. It’s active listening at its
most mystical. As an entrepreneur, I’ve always
had a strong opportunity agenda. When
I was eleven, I converted our front lawn into a parking lot for fans of a
nearby golf tournament. When I was fifteen, I taped skin flicks from the adult
channel and rented copies to the football players. And when I was nineteen, I
recorded music in my basement and gave the albums to girls I liked. The point
is, each of these adolescent enterprises started as an opportunity I sniffed
out. Some ventures were more profitable than others. Some ventures were more
work than others. Some ventures were more legal than others. But looking back,
the real benefit of those business
experiences was the strengthening of my opportunity muscle. And that’s an asset
that pays massive dividends in any creative career. What opportunities are you sniffing out?

Always
keep kindling handy. Thurgood’s chance encounter with the
supply department symbolizes the first phase of the creative process. Inhaling. Pardon the pun, but it’s
impossible to be prolific without it. Because your job is as a creator
and communicator of ideas process a unique confluence of raw materials into your
system. To keep production going in the the idea factory of your mind. I’m
reminded of a recent cartooning documentary, in which one of
the writers discussed his inhaling process. He said that when he starts having
trouble writing, he can usually trace to not having read enough. My experience
as a songwriter is similar. And so, I always keep kindling handy. Not a pound
of ganja, but a playlist of inspiring music that reconnects me to my original
enthusiasm and refuels my artistic energy reserve. That’s how I inhale. Everything
becomes another ingredient in one, big, boiling pot of inputs. Pun
absolutely intended. What is
today’s creative opportunity?

Opportunity is subordinate to
wherewithal. Obama
famously said
that opportunity is who we are. That the defining project of our generation is
to restore that promise, and that no one is better positioned to take advantage of
those opportunities than us. I couldn’t
agree more. The challenge, though, is that opportunity
isn’t the only variable. There’s a larger creative equation at work that centers
around the idea of wherewithal,
meaning everything needed to buttress opportunity, including knowledge, resources
and courage. Because even though creating art is work, creating the opportunity
to make art is work too. It’s a much more strategic, measured and
entrepreneurial type of work. But it’s work nonetheless. When I first moved to
a major metropolitan city, I started busking in the park with my guitar. Not an
activity I ever anticipated doing, but it created an opportunity make art, from
songs to performances to a documentary film. The point is, we get our start by
giving ourselves a start. That’s where opportunity grows. What is the opportunity is going to pass you buy if
you don’t act on it?

What is your favorite movie moment of conception?