Moments of Conception 041 — The Strike Scene from Kingpin 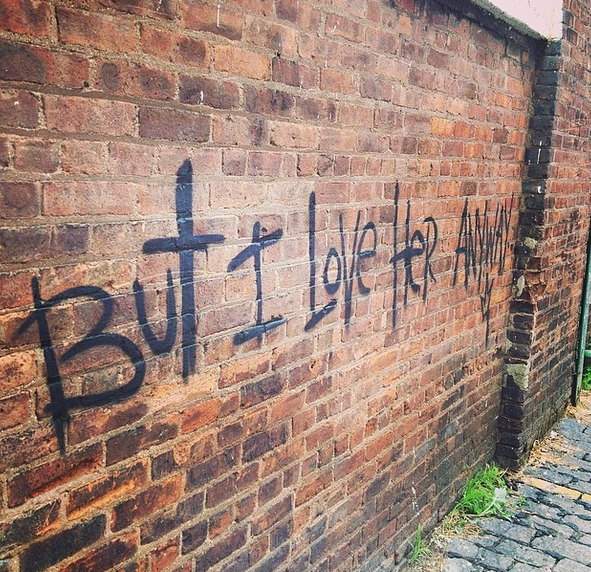 Today’s clip comes from the bowling scene in Kingpin:

Wax on, wax off. Behind every heroic artist is a
helpful mentor. The one who gives you the courage to begin your quest. The one
who returns you to the path when you stray. The one who strengthens you when
you weaken. And the one who commends you when you prosper. Show me your mentors
and I’ll show you who you are, as I like to say. The hard part is, you can’t will this person
into existence. Mentors are like inspiration, they come unannounced. They
appear when the student is ready. Ishmael never could have anticipated this chance
encounter with a famous bowling prodigy. He just happened to be in the right
place at the right time playing the right game in front of the right audience.
A great reminder that timing isn’t everything, it’s the only thing. What’s more, he made himself mentorable.
Ishmael could have easily shrugged off the stranger’s advice and gone back to
rolling a respectable game. But he welcomed his suggestion, implemented the
change on the fly and saw immediate results. Little did he know, his life would
never the same again. What is it about
you that will allow great mentoring to happen?

Activate your internal
generators.
Every artist has a unique set of intrinsic triggers. Inputs that stoke the
creative fire. Little moments that freeze time and give us the opportunity to
clothespin a piece of stimuli onto our psyche for further evaluation. Roy’s
trigger is the sound of a strike. That satisfying crack, that familiar
explosion, that crisp reverberation, that unmistakable crunch, it makes his
heart quiver with happiness. To him, a strike is the sound of home. Home in the
literal sense of his childhood, but also home in the existential sense of his
creativity. That’s why, almost instinctively, he leaps out of the barstool and
follows the sound to its source. Because he knows on the other end of that
polished wooden rainbow is a pot of gold. And so, it’s a powerful lesson about
the artist’s perceptual landscape. The importance of never turning a deaf ear
to nature. The necessity of humble inquiry. And the value of meticulous
attendance to inspiring stimuli. What
intrinsic triggers stoke your creative fire?

We see what we need to see. Munsen’s filter is the sound of
strike. That’s the tiny detail that triggers a whole world. The
central moment that instantly sizes any bowler up. Show me your strikes and
I’ll show you who you are, he might say. The strike, then, is an inkblot test. A
shortcut to understanding. And the interesting thing is, everyone has their own
version of it. I’ve been wearing a nametag for
over five thousand consecutive days. That’s mine. It’s a small, repeatable and portable filter that
helps me make sense of the people I meet quickly and accurately. Based on how someone responds to my nametag, I know
everything I need to know about them. Period.
Now, if that sounds like a form of black and white thinking, you’re right. It is. But in the creative process,
thinking in absolutes can actually be quite useful. Absolutes can become the
constraints that catapult your ideas. That’s the beauty of the finite world. No
room for excuses. Seinfeld
once said that he could tell everything about someone based on two things. How
they drive cars and how they drink coffee. What’s
your inkblot test?