Moments of Conception 030 — The Club Scene from The Social Network 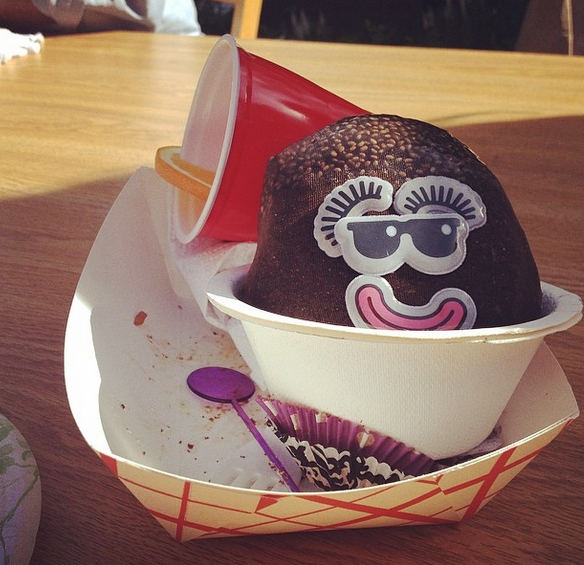 Today’s clip comes from the club scene in The Social Network:

Failure is what makes life a story. Every entrepreneur leaves behind a trail of fail. If you’re
not failing, you’re not trying. If you’re not failing, you’re not innovating.
And if you’re not failing, you’re not learning. Failure is the fertilizer of
growth and the prerequisite of creative success. But keep in mind, just because
something ends, doesn’t mean it’s a failure. Napster ended, yes, but it also
pissed the right people off, created a new way for people to connect through
music, went down as the fastest growing business of all time, changed the
industry for better and for always, and built a platform that enabled Parker to
ultimately become a billionaire. Who’s the joke on, here? The point is,
everyone’s first hello world doesn’t work. The difference maker is how the
creator responds to the experience. Those who can’t cope, jump off a bridge.
Those who reframe failure as something else, jump into the pantheon of
entrepreneurial greatness. Are you
training yourself to be failure free?

Commit to fighting a
cosmic injustice. Raymond started Victoria’s Secret because he wanted a
place where a man could buy lingerie for his wife without feeling like a
pervert. Proving, that a great way to build something is to start out by
solving your own problems. By scratching your own itch. This assures you
understand the target market. Parker started Napster because the girl he loved
in high school was dating the captain of the varsity lacrosse team and he
wanted to take her from him. Proving, if you stick around and continue to be
yourself and create something truly great, the correct people will find you. Zuckerberg
started Facebook because he was pissed off about being dumped by his
girlfriend. Proving, that the best way to complain is to make things. To
convert the precipitation from life’s inevitable shit storms into delicious
water. Noticing a pattern here? Creativity is about channeling your emotions into something productive. Have you taken inventory of your creative
motivation?

Set boundaries, lest
people set them for you. Mark has the one thing everybody wants: A billion dollar, once in a generation, holy
shit idea. But he doesn’t have eyes to see that yet. Shawn does. According
to the hero’s journey archetypes, he’s the
mentor, the seasoned traveler of the worlds who gives the hero support and advice
that will help him along the journey. That’s why this scene is a turning
point in the movie. Shawn’s jedi like approach to helping his young apprentice
understand the implications his coveted position is unforgettable. His words
are equal parts cautionary tale, sales pitch and motivational speech. But
despite Parker’s intelligence, charm and generosity, we’re still not sure about
him. The big question is, and it’s the question every creator must constantly
ask himself, is this an opportunity, or an opportunity to be used? Mark has no
idea that this new investment deal, profitable as it may be, will also dilute
the shares of the company, destroy his relationship with his best friend and
lead to a major legal battle between the founders. Tough call. What person in your life doesn’t respect your boundaries?