Moments of Conception 021 — The Typing Scene from Finding Forrester 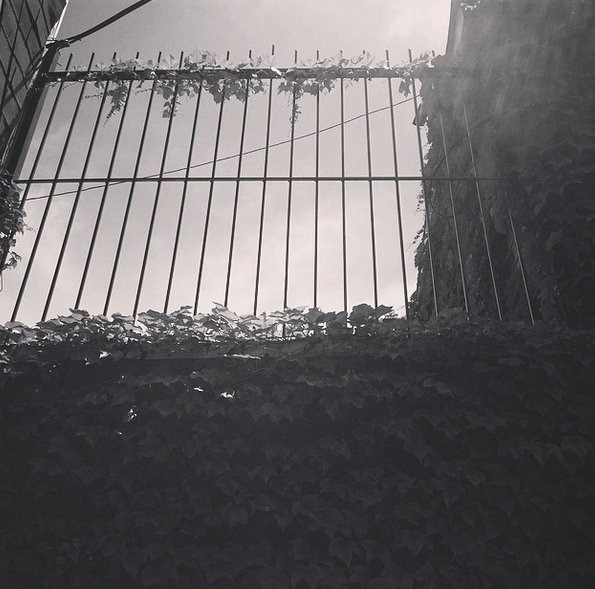 Today’s clip comes from the apartment scene in Finding Forrester:

The mind is a
terrible office. The romantic notion that an artist is working when he’s
staring out the window is true, but it’s not the principal work unit. Stuffing
our eyes with wonder is essential for inspiration, but eventually, we have to
make the word flesh. We have to extract what’s inside of us, lest we think
ourselves into a corner. It’s like my therapist used to tell me, don’t just sit
in bed thinking, go think on paper.
Experience your ideas kinesthetically. Whatever is rising up from within your depths, just get
it down. Judgment comes later. Forrester says the first key to writing is to
write. Which sounds like one of those
super unsatisfying zen koans that falls somewhere between no shit and oh really,
but the advice couldn’t be more lucid. Regardless of the medium, the first step
in doing anything is to just do that thing. Anything else is procrastination in
disguise. Every moment we’re just
thinking about something, the idea is actually dying. It’s deprived of the
oxygen of documentation. We have to start punching those keys.

Befriend simplicity.
Jamal’s face in this scene is priceless. Forrester challenges his
preconceptions and rocks him to his very core. He isn’t just receiving lesson on writing, he’s witnessing
a meditation on human nature. The first
key to writing is to write? Could it really be that simple? You bet your
ascot. The problem is, our species loves to overcomplicate things. Complexity feels
like progress. It helps us preserve the illusion of productivity. And it overcompensates
for our shortcomings and insecurities. But the reality is, the creative process
is alarmingly simple. It’s input, throughput and output. It’s inhale, pause and
exhale. It’s inspiration, organization and distribution. Three steps. Nothing
more, nothing less. Anyone who tells you otherwise is a chef selling pizza with
goat cheese and truffles. Forrester is the real deal. Like a good mentor, he
doesn’t preach, he models. And because his hands are dirty, because he’s
literally putting words on paper before his student’s very eyes, that makes him
right.

Participating
in the energy exchange. The score adds a subtle layer of poignancy to the
scene. This particular song was written by Ornette Coleman, one of the major
innovators of the free jazz movement of the sixties. I just love the way the
music starts at the same time as the typewriter. It’s the perfect parallel.
Jazz, after all, is about cocreation. Riffing back and forth. Borrowing energy
from the people around you. Who’s to say writing can’t feel the same way? I’m
reminded of when I served on the board of directors of a publishing
association. During my presidency, I hosted quarterly writing marathons.
Fifteen of us would literally sit in a room and write for eight straight hours,
stopping only to eat and pee. It was goddamned magical. Like an all day silent
jazz concert. Words poured out of people like melted butter. Writers who hadn’t
produced in months were suddenly prolific. In fact, I’ll never forget when my
chronically blocked friend told me during lunch: Watching you type motivates me. Cool, daddyo. Another reminder to not only pay attention to
what you do that gives you energy, but what you do that gives other people energy.

What’s did this moment of conception teach you?