Moments of Conception 020 — The Sales Scene from Walk The Line 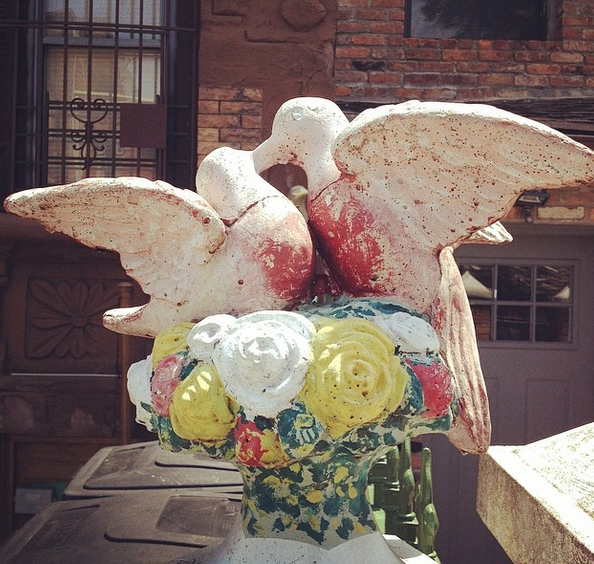 Today’sclipcomes from the sales scene in Walk The Line: 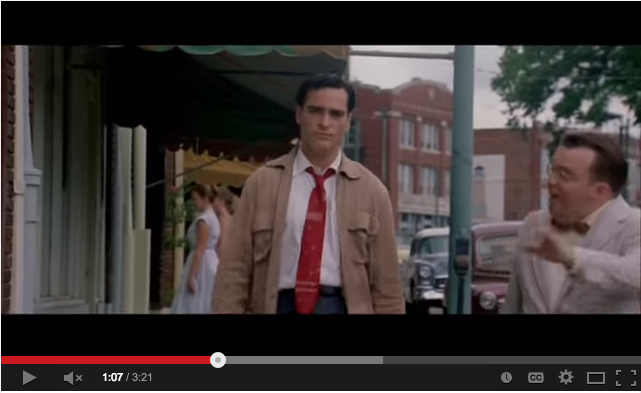 Find something that has magic in it for you. Identity is a luxury
item. Due to historical, genetic, environmental and economic variables, not
everyone can afford to become who they are. Cash, however, was one of the lucky
ones. And I love this scene’s serendipitous juxtaposition of whatcompelshim, aka, watching the recording
session, and whatconstrains him,
aka, working as a door to door salesman. These profound moments of contrast
happen to creators everyday. In fact, when I started my company out of college,
I worked a number of jobs to make ends meet, from waiting tables to selling
furniture to parking cars. All of which constrained rather than compelled me.
But after few years of accruing a massive debt to my artist, I couldn’t take it
anymore. I knew I was meant for something better. Something that had magic in
it for me. Something that allowed me to do my rightful work in the human
family. And eventually, despite the deafening chorus of wagging fingers and
raised eyebrows, I rode my creative horse into the sunset. Johnny would have
been proud.

Make the word flesh. If
you pause the video, you’ll notice the words he scribbles aren’t orders for
home equipment, they’re song lyrics. Cash is interested in telling stories, not
making sales. What an iconic moment. Think about it. What artist hasn’t snuck away
from the mundane duties of their boring day job to squeeze in lyric here or a
drawing there? That very experience is where many of our best songs come from.
And what’s interesting is, the tune he’s writing is Get Rhythm,
a song about a shoeshine boy who uses rhythm to cope
with the tedious nature of his job. Get
rhythm when you get the blues, it only costs a dime, just a nickel a shoe, it
does a million dollars worth of good for you, get rhythm when you get the
blues. Sounds like it wad written from personal experience, huh? Cash knew
exactly what he was doing. Selling door to door was for the birds. Proving,
that just because we hold a day job to pay the bills, doesn’t mean the artistic
gland isn’t secreting the entire time. We just have to be smart enough to write
down what we feel.

Artists who don’t
sell, suffer.Three months and he ain’t sold squat.Bar none, the worst salesman he’d ever seen, says his business
partner. But that’s only because he didn’t believe in the merchandise. Johnny
was actually a brilliant businessman, he was just peddling the wrong product.
Kitchen appliances? Fat chance. But music? Look out. Give that man a guitar and
microphone, and he’ll close the sale every time. In fact, considering he had a
career that spanned almost five decades, won numerous awards in a variety of
categories, recorded tons of hit songs in multiple genres, influenced
generations of songwriters and was inducted into three major music halls of
fame, I think it’s safe to say he knew how to sell. He just needed the right
product. The point is, everybody sells. Everybody. It’s not the easiest or most
enjoyable part of the process, but without it, we’re just winking in the dark. Like
my mentor used to say, if you’re not there to sell, you’re just a visitor.