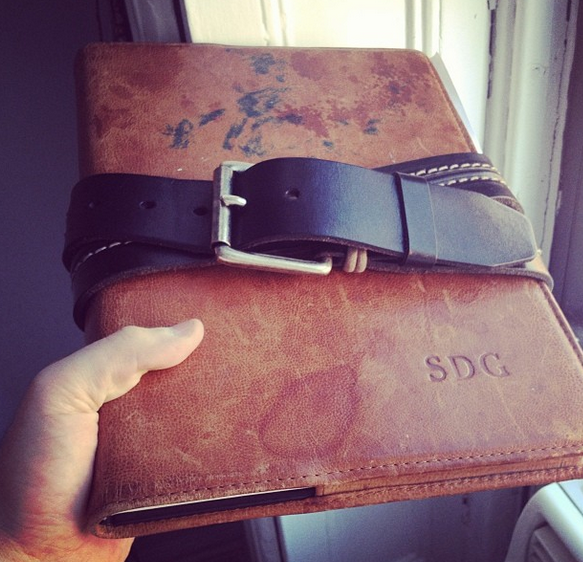 If you don’t write it down, it never happened.

When I first heard this phrase, it had a profound effect on
my creative process. It taught me to relieve my mind of the necessity of
remembering. It taught me to stop trusting my memory and start managing my
creative workflow intelligently. To train myself to become an informational
virtuoso who’s fast, responsive, proactive, organized, and never lets a single
idea get away. And to never encounter inspiration without picking its pocket.

Mitch Hedberg used to have a great joke on this:

“Sometimes in the
middle of the night, I think of something that’s funny, so I go get a pen and I
write the idea down. Unless the pen’s too far away, and then I have to convince
myself that what I thought of wasn’t funny.”

And so, before the documentation process even begins, the
creator’s obligation is to empty himself of any expectations attached to his
ideas. Rather than ignoring or evaluating or trying to get rid of the ideas he doesn’t
like, he breathes them in and writes them down. He allows his work to be
enriched by the things he would normally consider to be useless. And no matter
how strange that little germ may seem, no matter how much the idea goes against
what he intended to create, he honors it by at least hearing it out and finding
out what it has to say.

Because you never know where you might use it.

In my office, I have a songwriting station. It’s a classroom
style rolling whiteboard, chaotically collaged with lyric sheets. Most of the
ideas aren’t fully formed yet, they’re just long typed lists of words and
phrases and sentences that I’ve been collecting from a variety of inspiration
sources over the years.

And you’ll notice, my material is sorted chronologically
from left to right. Meaning, I can visualize lyric ideas from three years ago,
three months ago or three days ago, depending on where I stand in relation to
the board. And the exciting part about this process is, at any given songwriting
moment, I might end up using some old, obscure lyric from three years ago that I don’t even remember writing down.
But it doesn’t matter, because that’s what wanted to be written.

I had no way of knowing that at the moment of conception,
but because I wrote down that idea, without expectation or judgment, it
eventually found a home three years later.

And so, this approach to collecting ideas has both cognitive
and strategic implications. You have to process information quickly, but you
also have to manage your creative workflow intelligently. You have to avoid trusting
your brain, but you also have avoid editing your instincts.

The Power of Polyamorous Creation
Don’t run from your limitations, leverage them
Updating the Story You Tell Yourself