Don’t run from your limitations, leverage them 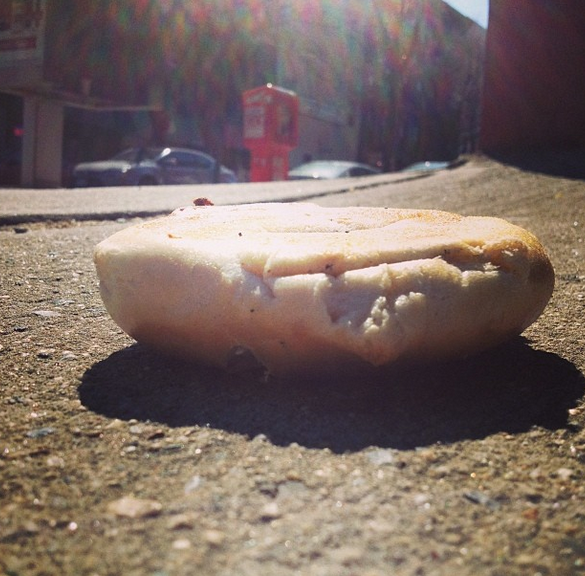 I met a
travel photographer who had an interesting philosophy.

He said
natural lighting was the only way he worked.

Not only
because of the image quality, which was often stronger than staged lighting, but
mainly because he didn’t want to schlep all his heavy equipment through foreign
countries for weeks at a time. Imagine marching through a rainforest carrying flashes,
umbrellas, light boxes, reflectors, backdrops, accessories, optical slaves,
power supplies and metal stands.

Interestingly,
because of his decision to only use natural lighting, he never committed to one
particular photographic aesthetic. He never stylized himself into a corner. Which
meant he was able to experiment with a variety of different approaches. And as
a result, that freed him to evolve his visual voice as he saw fit, solidifying
his reputation as an interesting, versatile and unique photographer.

Adrienne
didn’t run from his limitations, he leveraged them.

And I
remember thinking to myself, I wonder if
this happens in other fields?

There’s
the musician,
whose early records were limited to three minutes on a side. That put pressure
on him to the keep the pieces short, but helped him become a master at creating
short, concise musical statements that were close to perfect.

There’s
the commercial artist,
whose day job gave him a steady income that allowed him to delve into each
chosen project without having to worry about a deadline or a panic to sell.
That allowed his pieces to become complete on their own schedule.

There’s
the photographer,
whose antique photograph paper had a chemistry that was overly sensitive to
ultraviolet light. This allows his white and featureless skies to become strong
graphic elements in his pictures that echoed the shape of the land.

There’s
the painter,
whose vision dimmed due to macular degeneration. But since he couldn’t see the
details of the canvas anyway, his conditioned enhanced his impressionistic
painting style.

There’s
the standup
comedian, whose incurable perfectionism forced him to develop jokes
glacially. But since he waited sometimes years for punchlines to full ripen, that
allowed for breakthroughs he wouldn’t reach otherwise.

There’s
the homebuilder,
whose client had a severe slope in her land, which inspired him to add
terraces, stonework, waterfalls, and extensive landscaping. As a result, he created
an unexpected feeling of calm and contentment for the residents.

There’s the choreographer,
whose principal dancer was struck by a motor scooter and couldn’t perform the
traditionally powerful moves. But he exploited her stillness to powerfully
evoke the feeling of loss and separation between her and the other dancer.

Each of
these artists leveraged their limitations.

How are
you leveraging yours?

I remember when I first transitioned from being a full time
artist to being a full time employee. Initially, I was concerned. Because now
that I had a new day job, I also had a serious time limitation. And I wondered
how that might affect my output.

But because my creative work had became a supplementary
source of income, I began making art independent of my need to make money and
keep the lights on. That freed my ideas from the burden of having to support
myself. And I found that creativity wasn’t as claustrophobic anymore, now that
I wasn’t worrying about money as much. Ultimately, by removing the acute
business pressure that previously hung over my head, I experienced a newfound artistic
sovereignty that allowed me to experiment with new mediums and genres and
ideas.

I leveraged my limitations.

It’s a form of optimism, really.

Which doesn’t increase your success, but what it does increase is your field of vision, and
that allows you to better notice the opportunities that lead to success.

I’m reminded of this fascinating interview I heard between a
physician and a cancer survivor. Recounting his diagnosis experience, the
patient said:

“If you have a bad
attitude about your disease, odds are, you won’t get better­­, because you
won’t do the necessary research on the resources that will make you better.
You’ll never find the solution that leads to the solution. That’s the physical
and procedural manifestation of a bad attitude. Mindset may not affect the
outcome, but it does affect the experience.”

In this way, leveraging your limitations becomes part of your
expanded field of vision. It’s not about mind over matter, it’s about using
your mind to allow more things to matter, so you can expose yourself to the
best solution.

Think of it as a filter.

In the production
management world, factories and organizations call this the theory of constraints, in which they identify
the limitation, decide how to exploit it, and then restructure everything in
the system around it.

Which
sound like dry, dense corporate speak––and it is––but it’s also a useful filter
for approaching your creative work. The artist’s journey, after all, is
a journey of revealing to yourself what you love, who you are and who you aren’t.
And so, the goal of the
filter is to embrace the entirety of your
personality, not just your strengths. To creatively channel your
liabilities, play the ball where it lies and make the most of what you’ve got.

Don’t run
from your limitations, leverage them.

Updating the Story You Tell Yourself
Selling through Storytelling: 5 Brands Whose Narratives Win Over Buyers
Tricking Yourself Into Discipline