The Power of Polyamorous Creation 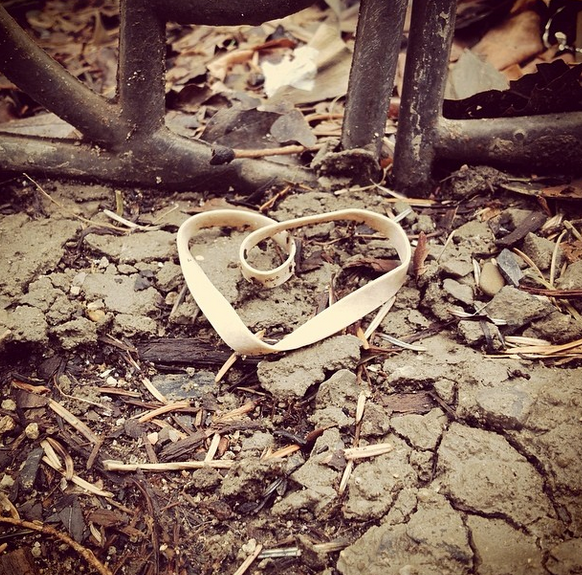 I once read a fantastic book called Realizing The Impossible, an anthology of commentaries and images on
the relationship between art and social movements. The book gathered
contributions from around the globe, both from current artists and historical creators,
curating a vibrant history and overview of political art.

This interview
with multidisciplinary artist Shaun Silfer said it best:

“The best artists have
shit on their shoes. They’re running around in the middle of everything, they
can’t settle down, they can’t shut up and they can’t quit fidgeting with
everything.”

And what’s interesting is, if you study the world’s most
prolific creators, they all work the same way. They’re masters polyamorous creation,
or, working on multiple projects
simultaneously.

The term polyamory is the hybrid of the words poly,
meaning “multiple,” and the word amor, meaning “love.” The controversial
idea first penetrated public consciousness in the seventies, but its definition
has been researched, redefined and revisited by a number of accredited
institutions over the years.

In the romantic sense, here’s the essence of the philosophy:

“Polyamory is the practice, state or ability of having
more than one intimate, loving relationship at the same time, with the full
knowledge and consent of all partners involved.”

Obviously, there’s much criticism around the topic. Issues
of relational stability and marital longevity have been widely debated, researched,
even satirized by a number of cable and reality television shows.

But that’s not the point I’m trying to make.

I’m interested in the concept of polyamory from the
perspective of a creator, not a couple. I’m interested in transferring
polyamory from the interpersonal domain to intellectual domain. In this regard,
it’s not about pursuing relationships with multiple romantic partners, it’s
about pursuing relationships with
multiple creative projects.

Our artistic endeavors, after all, are living, breathing
things, with which we have intimate relationships. Ask any artist in the world,
and they’ll agree there is a profound connection between the creator and the
creation.

But as the definition
of polyamory suggests, there is a full knowledge and consent of all partners
involved. Meaning, the act of dividing your love and attention among
several creative works doesn’t automatically lessen it. Just because you’re
juggling multiple projects simultaneously, doesn’t mean you love either of them
any less because of the existence of the other.

I have a writer friend who’s incapable of polyamorous
creation. It drives me crazy. Whenever his latest book enters into the editing
and design phase, he refuses to work on his next project in limbo. As if doing
so would be the equivalent of cheating on his current project.

But I always tell him, look, just because you switch gears
midstream and dive into another creative endeavor, doesn’t make you any less
focused, efficient or loyal to your current pursuit.

In fact, it’s quite the opposite.

Albert Bandura is one of the most frequently cited and
influential psychologists of all time. He originated the theoretical construct
of self-efficacy, which is the belief in your own
ability to succeed and achieve the goals you set for yourself.

In his research on the cognitive
functioning of creative thinkers, here’s what he found:

“People’s creative
efforts are more productively deployed when they pursue multiple projects
simultaneously, at varying stages of completion, shifting among them as
circumstances dictate. In doing so, they’re less likely to succumb to the
impediments, false starts, inevitable delays and distractions of the creative
process, and more likely to experience greater productivity and goal
attainment.”

How many creative irons do you have in the fire?

When you practice polyamorous creation,
it also produces positive interactions between projects. In my current workload,
I’m building a course curriculum, writing a book, producing a documentary and a
composing musical album. And initially, each project was mutually exclusive.
Unique in its own right. Four different mediums, audiences and messages. But
over time, the projects began to bump into each other. And I couldn’t help but
notice thought bridges, cross fertilizations, subconscious connections, natural
relationships and unexpected integrations between them.

As a result, that unconscious
integration allowed me to quickly, easily and effectively transition from one
project to another on a daily basis. And that contributed to a greater
consistency in my body of work and overall artistic vision. Proving,
that our creations may be multiple, but the creator is singular.

Are your ideas talking to each other?

Of course, the question of polyamorous
creation is, how do you know when it’s
time to switch gears between projects?

That all depends on your schedule,
rhythms, natural energy cycles, creative preferences and environments. As I’ve mentioned before, the great creative
discipline is simply knowing what season it is. Developing an exquisite
understanding of your own timing. Listening for what wants to be
written.

Scott Adams, cartoonist and
entrepreneur, says one of the most important tricks for maximizing
productivity is matching your mental state to the task.

“When I first wake up,
my brain is relaxed and creative. The thought of writing a comic is fun, and
it’s relatively easy because my brain is in exactly the right mode for that
task. But I also know from experience that trying to be creative in the
midafternoon is a waste of time. At six in the morning I’m a creator, and by
two in the afternoon, I’m a copier.”

How does your physical body dictate
your creative body of work?

And keep in mind, just because you’re working on multiple projects,
doesn’t mean you’re not focused. In fact, it’s quite the opposite. You’re more
focused than ever. Focus, after all, isn’t about activity, it’s about identity.
Keeping all your passions in play, while still staying true you dominant
reality. Not hammering one nail all your life, but hammering lots of nails, one way, all your life. And believing that
doesn’t matter how many different things you do, it matters that you’re the
same person when you do them.

It’s about hedging your creative bets.

It’s about insuring yourself against the daily discouragements, delays,
distractions, depressions, derailments and disappointments of the creative
process. And in many cases, that means giving yourself permission to go work on
something else.

New project receive an unflattering review? Go work on something else.

Editor move the final deadline back two weeks? Go work on something else.

Meaning starting to drain from your current endeavor? Go work on something else.

Computer freeze at an inopportune time? Go work on something else.

Client go on vacation and forget about your website? Go work on something else.

Receive a rejection letter from a publisher? Go work on something else.

Stuck on a song lyric that just won’t rhyme? Go work on something else.

Spirit won’t move the way you want it to? Go work on something else.

That’s how you use polyamory to buttress your creative practice.

In
fact, I read interviews everyday with artists, songwriters, painters, designers
and other creative professionals, and they all echo the
same sentiment. Prolific creators know resistance will eventually rear its ugly
head, and so they always have something waiting in the wings, ready to be
worked on.

With only one iron in the fire, you wouldn’t have the
freedom to do that.

Ultimately, polyamorous creation, the practice of pursuing relationships with multiple creative
projects, is a proven strategy that allows you to be both prolific with, and
protective of, your artistic work.

Go get some shit on your shoes.

Read PreviousRead Next
Don’t run from your limitations, leverage them
Updating the Story You Tell Yourself
Selling through Storytelling: 5 Brands Whose Narratives Win Over Buyers