Updating the Story You Tell Yourself 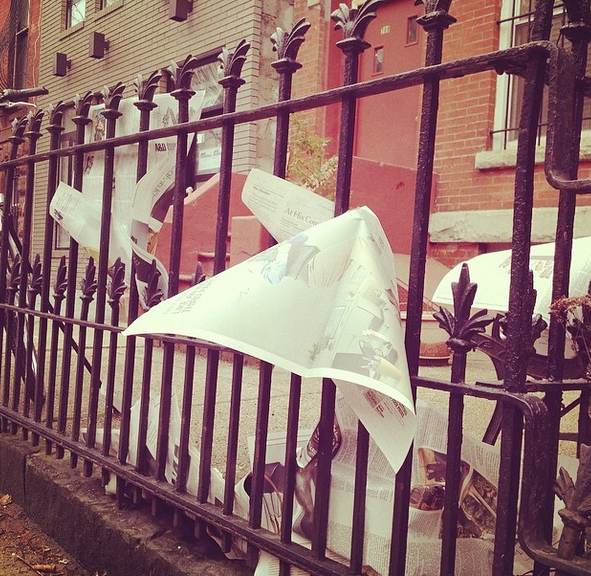 Writing always came naturally to me.

It was the only thing I can’t remember not doing.

But when it came time to switch gears from words to images,
when teachers or parents asked me to start designing and illustrating and
sketching, I froze like a bag of peas. My standard excuse was, I
couldn’t draw a straight line if my life depended on it.

At least, that was the story I told myself.

Fast forward a few decades, and I landed a job that would
require me to do a substantial amount of drawing. Nothing overly technical, and
nothing that required a fine arts degree, but I was working at
a design and innovation company, and our bread and butter was thinking and
communicating visually.

I was terrified. All those childhood fears of drawing came
floating up to the surface. And whether or not I thought I
could draw, didn’t matter anymore. Whether or not I feared the
process of creating images instead of words, was irrelevant. This was my job
now, and I had no choice.

So I just started moving the pen.

And after a few weeks of noodling around, the result evolved
into something really interesting. I called it a thinkmap.
This was a large scale, illustrated whiteboard mural that combined
research, storytelling and insight. I created it for our team to
use during client workshops as a strategic framework for sharing ideas and
observations. Also, what we learned was, from a professional services
standpoint, a thinkmap was a powerful act of generosity, thoughtfulness and
personalization.

But what surprised me was, once clients and coworkers and
friends started seeing these thinkmaps in person and online, there was an
immediate reaction. They started asking questions and giving compliments and
telling their friends and even taking pictures of the murals on the wall. And I
thought to myself, huh, maybe I’m not as bad at drawing as I thought.

I was no longer terrified.

Because life rewards the actions we take, not the
assumptions we make.

So whatever preexisting beliefs I had about my drawing
abilities, or lack thereof, vanished. I read the writing on the wall, quite
literally, and it said that I no longer sucked at drawing. And now, instead of
proclaiming that I was just a writer, deflecting people’s comments with the
justification that I couldn’t draw a straight line if my life depended on it, I
just said, I’m good at thinking and communicating visually.

I updated the story I told myself.

This reminds me of a classic episode of Justice
League, in which Flash and Batman are captured, thrown into a prison cell
and locked to metal gurneys. But just when you think all hope is lost, Flash
uses his superhuman reflexes to speed up his pulse so the heart monitor reports
him as flatlining. This fools the guard into unlocking the door to come and
check on him, which gives him the perfect opportunity to escape. Once he
punches out the guard and frees up his companion, Batman says, “I didn’t know
you could do that,” to which Flash admits, “Neither did I.”

It’s an incredible moment. And it happens to all of us.

You spontaneously do something you didn’t realize you could
do, and that experience illuminates what’s possible. It inspires you to
expand to your full capacity. It allows you to live larger than you
labels. And that initiates an internal revolution.

The word revolution, after all, comes from the term revolvere,
which literally means to roll back. And so, this moment, where you do
something you didn’t realize you could do, triggers the rolling back of old
skin. The shedding of an outdated way of speaking about your identity. And that
inspires you to employ new language to describe who you are.

You update the story you tell about yourself.

There’s a great scene in the movie Life of Pi,
in which Patel finds himself shipwrecked, out of supplies and forced to break
his lifelong habit of vegetarianism in order to survive. Worse yet, he has to
do so while fighting for his food with a four hundred pound tiger.

But in his moment of triumph, Patel wrestles his dinner away
from the beast and sates his appetite. Then, with a mouth full of fish he
admits, “Hunger can change everything you ever thought you knew about
yourself.”

You discover pieces of yourself that, until to this point,
went undernurtured. And all it took was that one experience, that one word of
encouragement, or that one flash of inspiration, to make you forget the story
you told yourself, unlock a latent ability and do something you never thought
you could.

And the great human irony is, you’re often the last one to recognize
your own value. You’re simply too close to yourself. You don’t have the eyes to
see your highest abilities. And you need people in your life to be mirrors and
witnesses and encouragers. The ones who make sure your potential doesn’t go to
waste.

Recently
a friend of mine spontaneously and nonchalantly demonstrated a skill
he’d been practicing his whole life, but didn’t realize it was a
superpower. Psychologists would call this hisunconscious competence, since he had so much practice with that
skill that it became second nature and could be performed easily.

So I
started asking him about it:

Wait,
what did you just do? Where did you learn that? Is that something you do all
the time? Can you teach me how to do that?

Johnny
chuckled a bit, but only because he was just being himself. Doing what he
does. And he had no idea how valuable that really was. Turns out, he just
needed somebody to see him for those gifts. To help him update the story
he told about himself.

The point is, people can talk themselves in and out of any identity.

But to find our highest selves, it’s better to let our
actions have the final word.

Read PreviousRead Next
Selling through Storytelling: 5 Brands Whose Narratives Win Over Buyers
Tricking Yourself Into Discipline
Leave No Asset Unharvested