What happens when we make a decision? 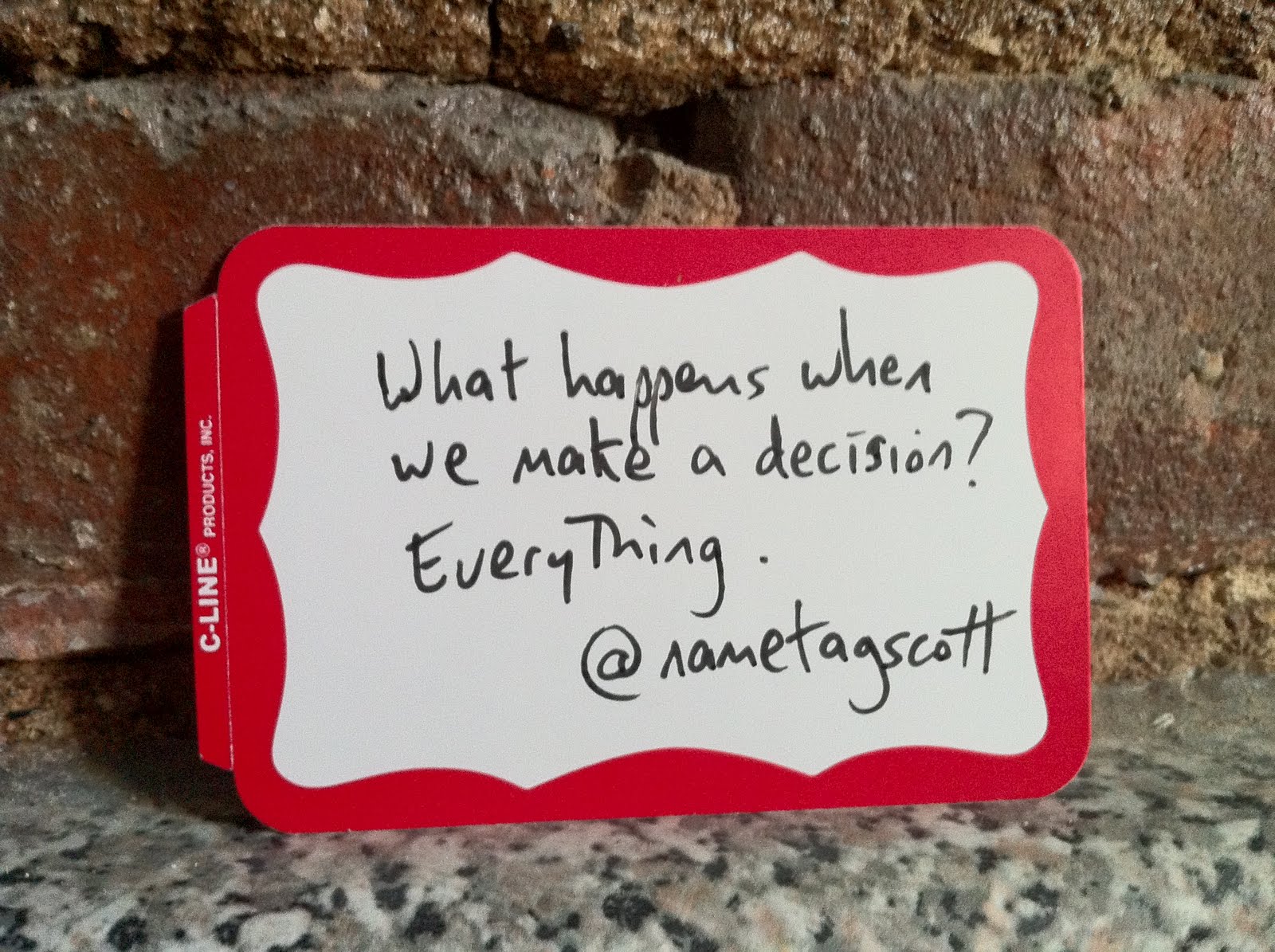 There’s nothing harder than making a decision.

Decisions mean commitment, and every commitment has consequences.

But even though we’d rather dwindle indecisively for an eternity, artfully creating excuses why something won’t work, persistently telling ourselves stories about why we wouldn’t deserve it if it did work, eventually, we have to decide. We have to set a drop-dead date, cut the ropes and run.

Otherwise we waste our time trying to figure out whether the move is right. When the reality is, if we don’t commit, we’re always wrong.On the other hand, what happens when we make a decision?

LET ME SUGGEST THIS…
For the list called, “8 Ways to Out Question Your Competitors” send an email to me, and you win the list for free!

Portrait of a Modern Career
What’s Your Relationship Bandwidth?
The Nametag Manifesto — Chapter 5: The End of Social Conflict