We’re Getting An Education Without Realizing It 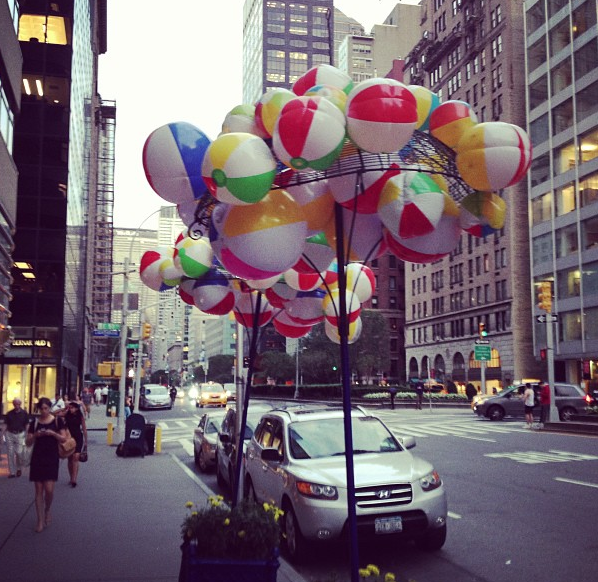 “We’re not supposed to be one thing in life.” Peeling the human onion is one of life’s great joys. Any time we get exposed to a new layer of someone we know, it’s always a fascinating moment. Like when the guy we see at the gym every week releases a new documentary. Or when the girl we sit next to at work launches her own line of stuffed animals. We never look at those people the same way again. Our experience of them grows richer with every new layer we peel back. They do, in fact, contain multitudes, and we are fortunate enough to witness a small part of that. That’s the way human connection should be. Organic, piecemeal and enduring. Incrementally availing ourselves to the people in our world. It makes life more interesting. It keeps humanity on the balls of its feet, always begging for more. Inspired by tough shit.

“The sharing economy is evidence that people still depend on each other.” When I started my business over a decade ago, there was no social media, no smartphone technology and no video conferencing. All we had was email, instant messenger and landlines. Which got the job done, but it made collaboration less accessible and more expensive. Plus, the only people we could count on were our friends. Fast forward to today. Now that it’s easier than ever to connect with each other, it’s also easier than ever to depend on each other. Elance, for example, made me a more trusting person. The vendor I took a chance on did outstanding work and I’ve rehired and referred him multiple times. That’s a huge win for our species. I’m all for any tool that brings out the inherent goodness of people and restores my faith in humanity.

“We’re getting an education without realizing it.” Impatience has officially become our national pastime. We’ve conditioned ourselves to expect everything to arrive yesterday. Modern technology has shifted our expectation from “good, fast and cheap” to “perfect, now and free.” But the bigger problem, the collateral damage of this explosion, is that we’ve all become assholes. Spend twenty minutes in any airport, and you’ll experience humans at their jerkiest. Listen to a customer service phone conversation, and you’ll hear people at their wit’s end. Not because they’re bad people, but because their expectations were violated. And companies don’t have the bandwidth to cope with that magnitude of emotion. Ten years ago, three-day shipping for a new shirt would have been seen as a minor inconvenience. Today, customers would totally blow something like that out of proportion. They’d fly into rage over the completely inconsequential, generalizing a small frustration into a broad, unrestrained sense of anger that simmers for days and effectively ruins the whole family’s entire weekend.