I Want To Be A Surprise, Not An Expectation 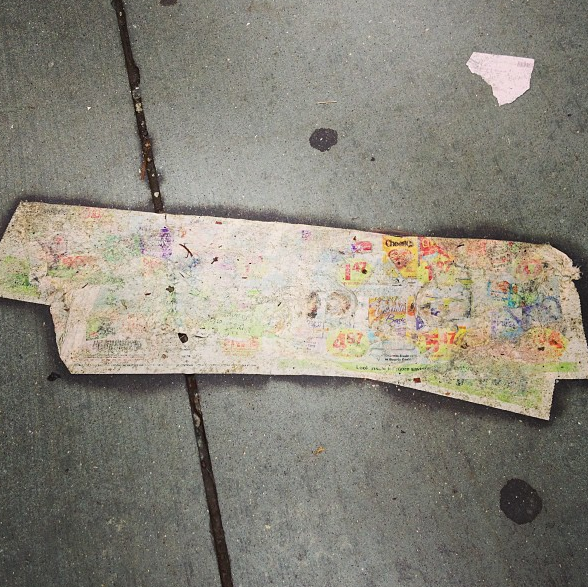 “I’d much rather be the one creating things that people react to than be the one just sitting back reacting, too scared to make anything.” My first album wasn’t exactly my finest work. The lyrics were laughable, the singing was tolerable at the guitar playing was passable. But the best part about the record was, it was done. I could hold it in my hands. I could share it with my friends.Which meant I was a real life songwriter, not just a bundle of teenage aspiration. To me, that’s what mattered most. Prolificacy over perfection. And what’s crazy is, fifteen years later, that same philosophy still guides my work. Whether it’s writing blogs, performing music, drawing thinkmaps or publishing books, I’m not interested in having the best batting average. I don’t care about being the most valuable player. I just want to play every game. And I want to stay in the league until I collapse on the mound into a pile of dust and sweat. Who needs quality when you have continuity? Who needs accuracy when you have volume? Thanks for the inspiration, Shepard Fairey.

“The place where we can be most human, articulate and alive.” One of the reasons we moved to a new city was, we needed to live somewhere that was big enough for us. Big in geography, where there was a diversity of landscapes to explore. Big in ambition, where there was a shared sensibility to harmonize with. Big in opportunity, where there was a permissionless platform to build on. Big in conductivity, where there was a current of creativity to plug into. And big in acceptance, where there was a inherent level of openness to commune with. Maybe size matters after all. Inspired by Vincent Van Gough and his lifetime of blues.

“I want to be a surprise, not an expectation.” I remember a great moment with one of my clients years ago. He said to me, “You kind of sneak up on people.” And I took that as both a compliment and a reminder. Because predictability has its place. When we sit down with a people, there’s a certain amount of box checking that has to happen. Clients have to believe they’re getting the brand they thought they were getting. Otherwise, there’s always that mental wall standing between us and them. But ultimately, surprise is what separates us from the competition. Surprise is what compels human interest. Surprise is what creates anxiety in the air, and that’s best time to give someone new ideas. If all we ever did was check people’s boxes, our interactions would lack the magic and meaningfulness that inspire people to break out of them. Sparked by a beautifully written profile.

“What you’re good at, you’re bad at.” Attention deficit disorder affects millions of people each year. And it results in a great deal of emotional pain and disappointment. But the other side of the fence isn’t always a picnic.I’m one of those weirdos with hyperfocus. Intensely engrossed with the task at hand, to the point where all emotion drains from my face, I lose awareness of my surroundings and different points of view don’t dare cross my path. Which sounds like a superpower. And in a way, it is. But one time I was so zoned out during a writing kick, I spilled hot tea down my pants and didn’t even notice. The point is, there are two sides to every cognitive coin. And whatever side of it we’re on, we should find a way to leverage our limitations, not medicate them. Inspired by celebrities with diseases.