Change Happens Regardless If Celebrated Or Denounced 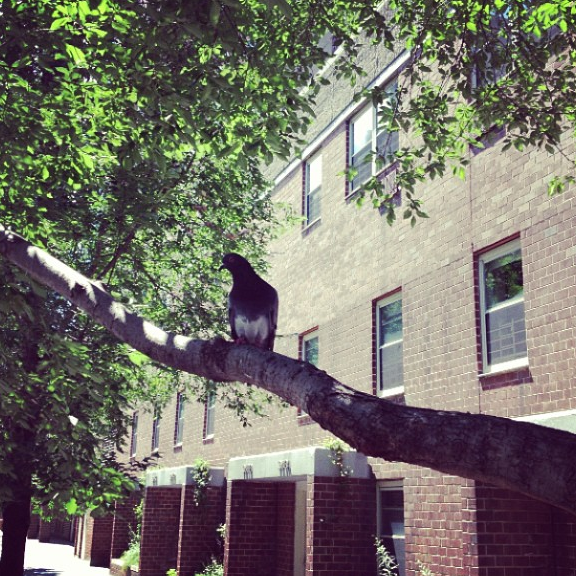 “Money forgets but god remembers.” The advantage of making a lot of money at a young age is, you figure out your saturation level. How much money you actually need to support your lifestyle, underwrite your addictions and be happy. I remember the year I had the highest earnings of my career. Felt pretty damn good. Even bought a few nice things to celebrate. But the surprising thing was, I didn’t feel that much different. Maybe a little less stressed when the bills came in. And certainly more legitimate as a business owner. But once that six figure box was checked, I was kind of over it. That famous study about happiness not increasing after a certain dollar amount was spot on. It’s a sliding scale of diminishing returns. Interesting. Inspired by Jaron’s new book.

“Change happens regardless if it’s celebrated or denounced.” So many changes, so little time. Startups are the new garage bands. It’s more exciting to be the founder of a company than an artist. Television is the new cinema. It’s more enjoyable to watch the entire season in one weekend than schlep all the way to the theater. Selling out is the new breaking through. In a world that expects the milk to be free, artists do what they have to do to make money on their cow. Ten years is the new fifteen minutes. Internet lightning in a bottle, properly milked, can launch a lifelong career. Sharing is the new shopping. Why bear the burden of ownership when you can borrow and keep the ball in play? Podcasts are the new books. You’re still inhaling inspiring, gaining perspective and stimulating your brain, but without chopping down trees. Yay change!

“Money isn’t the target, money is the reward you get for hitting the target.” Seven years ago, my company was barely turning a profit. So my two best friends bet me twenty bucks a piece that I would double my income the following year. I said they were crazy, so I took the bet. And as it turned out, they were crazy. I tripled it. I couldn’t believe my eyes. So instead of paying up, I took their twenty dollar bills, framed them, wrote a thank you note on each, and handed them back. Happy new year, indeed. Point being, we all need people who believe in us more than we believe in ourselves. People who can see what we’re too close to ourselves to see. People who can stretch us beyond what we’ve done before. Capability is funny like that. We don’t realize we have it until somebody we love holds up a mirror.

“The place to be human in the presence of other human beings.” Writers have a long history of loneliness. And it’s claimed the lives of more of them than alcohol and drugs combined. It’s also the one part of the job description professors never seem to mention during the English class. Probably because they know how daunting it can be to the psyche. What I suggest to aspiring writers is, before you get to work, get your belongings in order. And I’m not talking about your lamps and shoes. I’m talking about your relationships. Your community. Your support system. Your network of human healing. Without that, the ink in your pen will turn to blood very quickly. Inspired by my third reading of Eric Maisel’s phenomenalbook.