There Was An Osmosis From Their Desire 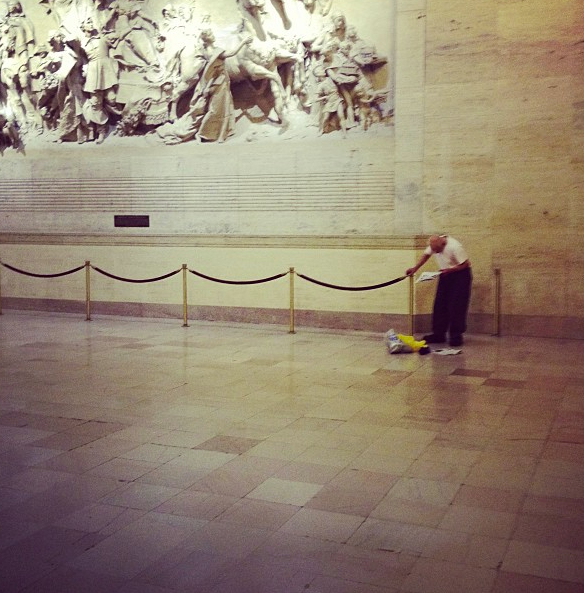 “My solitude could not pass unnoticed.” I’m an extrovert, but with mild antisocial tendencies. One one hand, people are my power source. Being around others gives me energy like a carbo load. On the other hand, introspection is one of my superpowers. And the seductiveness of selfishly secluding myself is very hard to resist. It’s an ongoing internal battle. Lately, I’ve been learning to introduce a drop of mindfulness into the process. Usually in the form of a question. Reminds me of a diet book that suggests asking yourself, “Am I really hungry?” whenever cravings occur. In that same vein, I’ve been asking myself, “What could I do that involves others?” whenever the pull of solitude takes hold. And more often than not, there’s a way to make meaning in a social context. And the satisfaction and fulfillment attached to it is far greater than sitting in a corner trying to perfect myself. Inspired by a woman withno sex life.

“Learn to love the people you’re near.” In a big city, people bond over proximity, not commonality. Which means we do a very different kind of social math. Both of us may love hot yoga, but if we live on opposite ends of town, we’re probably not going to see each other. It’s too much of a hassle. Yes, it’s terribly frustrating and unfair, but it’s also human nature. I remember when my friend from Brooklyn was dating a guy from Harlem. She said it was a long distance relationship.Doesn’t that just blow your mind? They live in the same goddamn city! The point is, when we can’t be near the ones we love, we learn to love the ones we’re near. Instead of beating ourselves up for being terrible friends, we surrender to geography’s will. We practice being a friend to, and a fixture in, our own neighborhood community. Can’t get uptown? Try walking down the street.

“You get very shallow and you start to discard people because you don’t like the arch of their eyebrow.” Fascinating article about online dating. It’s definitely made our society more superficial. Back when I was playing the singles game, I remember thinking to myself, wow, online dating like shopping for people. And the scary part was when the algorithm started shopping for you. Match would populate a daily list of potential matches––an inventory, if you will––for you to browse. And sometimes the choices were wildly mismatched. Which made you start to wonder about yourself, your taste and your profile. Total mindfuck.
“There was an osmosis from their desire.” I spent my first three years as an entrepreneur working out my parents’ basement. Best thing that ever happened to my business. Not just because I saved a ton of money on rent, but because I was a witness to true discipline and hard work. My parents got up and went to work, every single day. Sometimes before the sun was up. That’s just how they were wired. And to experience that as an adult, as a young professional, was a beautiful thing.Watching them in action stoked my work fire. And I began to follow suit. In fact, I would wake up an hour earlier than they did, just to prove that I was living my life as a thank you in perpetuity for their generosity and support. Plus I wanted first dibs on bagels. The point is, that discipline laid the foundation for my work ethic. Proving that values aren’t taught, they’re caught. Proving that company we keep will keep the company afloat. Inspired by an interview with comedian Claire Titleman.