Touched By A Hand, Struck By A Fist 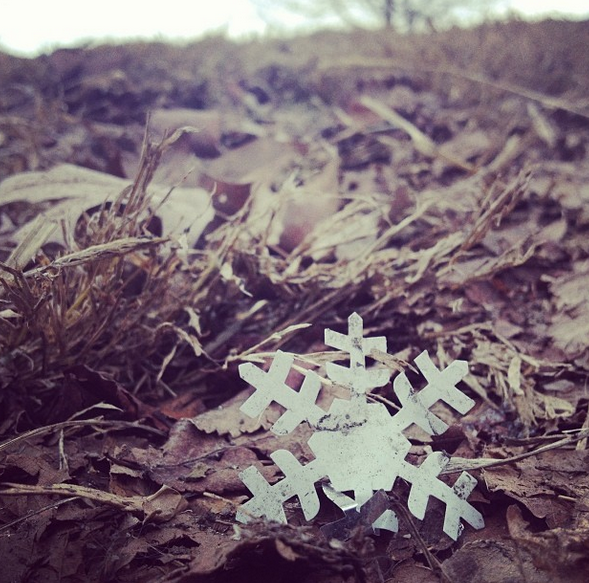 The other day a friend of mine was telling a story about his
wife.

Once upon a time, her indy apparel company was featured on one
of the biggest television shows in the world. As the narrative often goes, within
hours of the broadcast, the company received so many new orders that they couldn’t
make shirts fast enough to keep up with the demand.

Because along with the accolades came the hatemail.
Mountains of it. Complete strangers started coming from out of the woodwork to
call this woman names and discredit her work and convince the world that her clothing
was crap.

And all she did was become successful.

But I’ll never forget what my friend said as he reflected on
that period of his wife’s career. He posed an incredible moral question, one
that lent a lot perspective to that experience:

Why is it that the moment
you’re touched by a hand, you’re struck by a fist?

Ain’t that the truth.

Humans, after all, are habit machines that tend to behave
predictably. And one of the patterns they fall into is, not everybody wants you
to be successful. In fact, a certain population of the world is just waiting
around––excitedly­­––for you to fail, because they feel disenfranchised by your
success.

Dennis Crowley, the founder of Foursquare, recently talked
about his company’s struggle with this very issue. He discovered that high
expectations made everyone turn on him, famously saying, “People are in love
with you, but then all of a sudden, they can’t wait to watch you fail.”

Of course, this isn’t a new thing. The hand/fist phenomenon
has been around for years.

Davy Jones, the late musician and former teen heartthrob, once
did an interview about the British Invasion, in which he notoriously said, “As
soon as you get successful, people want to kick you in the balls and throw you
in the back yard and wait for you to make a mistake. They just want you to be
famous and then go away.”

The good news is, jealousy isn’t always a negative.

I read
an interesting study from The Journal of Personality and Social Psychology
called Getting to the Heart of the Green
Eyed Monster, in which mental health professionals explored the
history, causes and implications of jealousy. Their research showed that jealousy
was a fundamental aspect of human social life, and its absence was actually a
sign of pathology. At the heart of the green eyed monster, they say, is the
desire to feel good about the self, and any threat thereof can have negative
consequences on our well being.

In
fact, I would even take it one step further.

The root
word is jalousie, which translates
to “enthusiasm and love and longing.” Meaning, you have something I want,
that upsets me, and now I’m motivated to work hard and get the same for myself,
so thank you.

The man’s work is so brilliant and inspiring and
unapologetic, that when I listen to his music, I literally become angry that I’m
not as good as he is. To the point where I stop the song, go grab my guitar and
songbook and try to improve my own work.

That’s jealousy. And when channeled productively, can serve
the world well.

Where
we run into trouble is when jealousy
morphs into envy.

The derivative
for that word is invidere,
which translates to “casting an evil eye.” Meaning, you have
something I want, that diminishes me, and now I’m determined to knock you down
to feel better about myself, so fuck you.

When my first book went viral, I received an inordinate
amount of hatemail. Turns out, many people were surprisingly angry at a guy who
wore a nametag everyday. And they felt the need to publish awful things about
me, my work and my ideas.

Naturally, I was devastated.

Fortunately, my web developer created a clever profanity
filter for the guestbook on my website. He wrote code that replaced each of the
web trolls’ curse words with softer phrases like pretty pink roses and cute cuddly
teddy bears. Which, ironically, enraged them even more.

And unfortunately, the more success you have, the more
likely people are to respond with that instead of jealousy. It’s just this
weird cultural math that humans do. Almost like clockwork, as soon as someone
becomes even a little bit successful, the green eyed monster whets its
retributive appetite.

I was recently watching the fascinating documentary, Downloaded, written
and produced by Alex Winter. This film addresses the evolution of digital media
sharing on the internet. And it features exclusive interviews with software
developers and musicians about controversial file sharing software, namely,
Napster.

Totally inspiring, to say the least.

And although I took copious notes on the movie, there was a passage from
one of the songwriters that resonated with me, especially around the idea of jealousy
and envy:

And so, there may be no fighting the green eyed monster. Seems
like these emotions and feelings are fundamental
to human social life, and they’re here to stay.

What you can fight for, however, is the crucial choice to
channel your jealousy into something productive, instead of crafting your envy
into something hateful.

Because either way, you’re burning calories.

Why not make them matter?

How to Sustain Originality of Voice
Creating a Framework for Inspiration
I have enough ideas, now what do I do with them?