I have enough ideas, now what do I do with them? 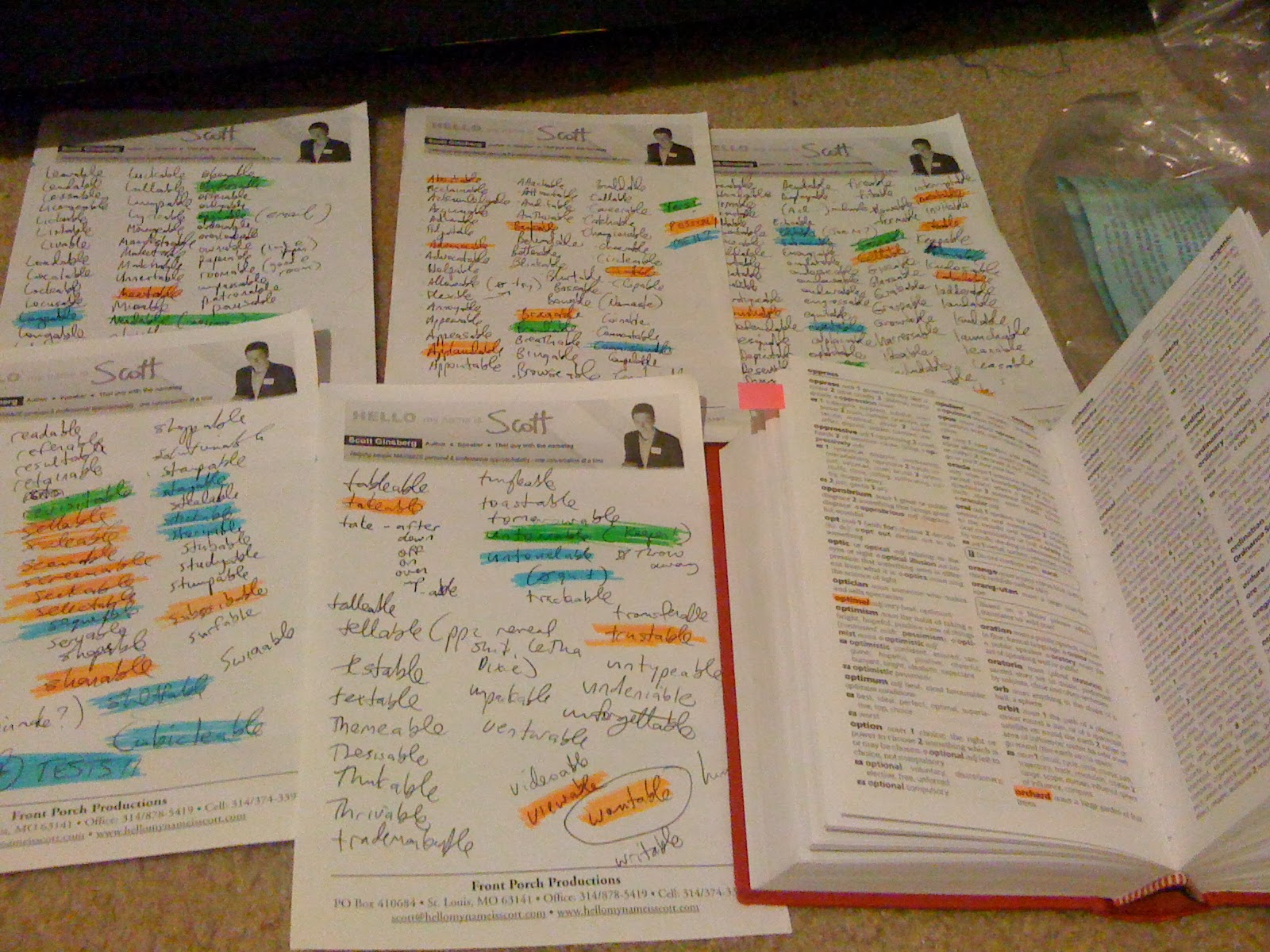 The creative process commences with input.

You build a framework for inspiration by living your life in
a way that your art gets done over and over. This helps you populate a unique
inspiration pool that nobody can replicate, solidifying the originality of your
work, guaranteeing you’ll never get blocked.

The creative process continues with throughput.

You establish a discipline for getting your ideas to ground
zero, assuring that everything you know is written down somewhere and processed
into the system. This helps you accumulate a creative inventory that becomes
the raw material everything you make.

The creative process completes with output.

You initiate a series of active and passive rituals,
practices, environments and mental subroutines that make creating a natural
extension of your personality. This helps you turn seeds into forests and more
fully flesh out your work.

But once you’ve done all that, once you’ve translated your
brief moment of inspiration into a robust collection of related concepts that
are just begging to become something bigger, it’s time to stop creating and
start judging.

You have to look for
an organizing principle.

I’m reminded of a fascinating interview I heard with Conan
O’Brien about his life as a late night talk show host. He told the interviewer
that his show was the organizing principle of his life. That it was the iron
rod in the center around which everything else gravitated.

Your work is the same way.

Whatever it is that you’re creating or crafting or
communicating, there has to be a core assumption, a central reference point, a
guiding pole, which governs action and allows everything else in its proximity
to derive value.

First, the organizing principle keeps you on track as the idea creator. It makes it easier to
align, organize, remember and deliver everything you’re trying to communicate.
Otherwise you’re just vomiting.

Second, the organizing principle keeps your audience on
track as the idea consumer. It makes it easier to listen, digest, remember
and apply everything they’re trying to receive. Otherwise they’re just inhaling.

The question is, how do you find it?

When I wrote my first book, I remember hitting a wall. Most
of the writing was done, but when it came to the process of organizing the
material, I was stuck. So my mentor suggested that I buy a box of index cards, write
down one idea per card, scatter them on the floor, stare at them in silence for
a few minutes, and then allow the inherent geometry of the ideas take shape.

It sounded like an interesting experiment, so I gave it a
shot.

And I’ll never forget what happened next.

The ideas started to take on a life of their own. They started
to find each other.

And as I surveyed hundreds of index cards on the carpet, I had
this feeling that they weren’t just speaking to each other, they were speaking
to me, too. Announcing that they had done the work of sorting themselves, and
all they needed was a helping hand to rearrange them into specific piles.

Sure enough, those piles become chapters, which ultimately
became the organizing principle of my book.

Who knew it was that easy?

It’s like Alan Fletcher used to say, he always knew he was
onto something because instead of him looking at the subject, the
subject began looking at him.

Since that initial experiment, I’ve run that notecard exercise
hundreds of times, both in my own work on books, speeches, training videos and
other creative projects. But I’ve also taught that exercise to my clients and
workshop participants, using a diverse range of topics. And in my experience, it’s
the single most effective method for identifying the organizing principle of a
creative project.

Because it’s not an accident, it’s self-organization.

Neuroscientists purportedly discovered this process in the
forties and fifties, although its conceptual roots most likely date back to the
ancient Greeks. Regardless, the working definition of self-organization is a process where some form of global order or
coordination arises out of the local interactions between the components of an
initially disordered system.

In my case, the “local interactions” were the hundreds of
individual notecards, and the “global order” was the dozen or so piles.

The book Brain Based Therapy with Adults said it best:

“Neuroscientists view the brain as a self-organizing system
that is malleable and plastic. The brain continually pulls itself up by the
bootstraps, becoming more organizing and patterned over time. This habit of
neurons organizing themselves into networks of thousands and even millions of
cells is a psychological phenomenon, and it is impossible to overstate the
significance of this simple idea.”

It’s a beautiful thing. There truly is harmony within
hierarchy.

The exciting part is, once you identify the organizing principle,
you immediately start to watch your project or idea or creation start to take shape
and acquire real structure and meaning and weight.

In his final book before he died, George Carlin explained that initially, ideas
come together the way galaxies do, they just naturally clump, simply because
they’re related, like an extended family of ideas around a general topic. But
over time, they become parts that fit and function together, which you then
gradually form into a whole.

And that’s when the work transitions from idea to execution.

So the next time you find yourself complaining, “I have
enough ideas, but now I need to figure out what to do with them,” consider
running some variation of the index card exercise. Put your brain to work to
find the inherent geometry of your project. Let the ideas talk to themselves,
and then let them talk to you.

Before you know it, the organizing principle will stand up
and reveal itself.

And you’ll be off to the creative races.

Is Everything You Know Written Down Somewhere?
Wake Up to What’s Been Here All Along
Never Fall in Love With Your Own Inventory