Stress is the Culprit, Expectation is the Accomplice 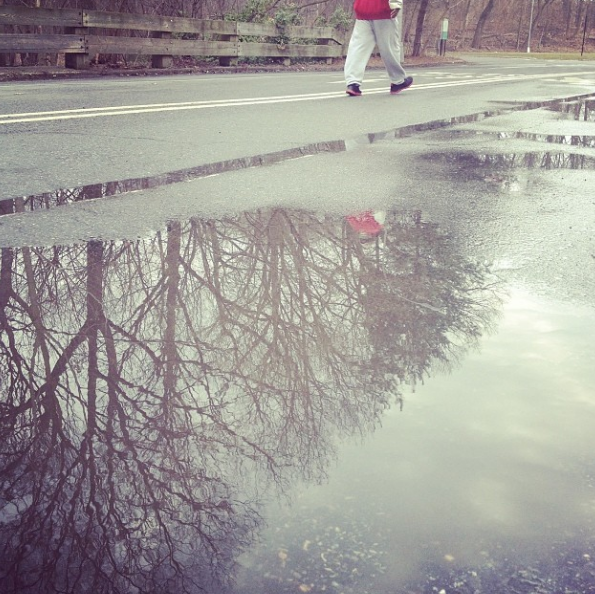 When I first started my company, I had a bad habit
of counting my chickens before they hatched. The minute a request would
come in about a prospective client, a new project or a potential business
opportunity, in my mind, the deal was already done.

Let me give
that no thought. Sounds great. Count
me in. Sign the contract. Put it on the schedule. Tell the world. It’s
happening.

That’s just how I’m wired. Expectation overload. Ever
since I was four years old, I was the easily excitable, overly optimistic,
fundamentally affirmative kid who had the answer before the question was asked.

Which is cute when you’re a kid, but when you’re
trying to run a company, counting your chickens before they hatch can royally damage
the coupe.

Not good for business.

And, not good for your body, either.

Dr. Wolfram Schultz, one of the global authorities on the
brain’s reward system, has conducted significant research on the dangers of
expectation. His work explores the relationship between reward and risk
information in the brain.

In one particular study, Schultz found that if someone was
expecting a reward and they didn’t get it, their dopamine levels fell steeply. And,
since dopamine is affectionately known as “the neurotransmitter of desire,”
this unpleasantness felt a lot like pain. Often spinning a person into a funk
that lasts for days. In fact, according to an analysis of his study on Psychology Today, once dopamine levels
plummet in these instances, a person can also experience a mild threat
response, reducing basic motor functioning for deliberate tasks.

For many years, expectation
was my drug of choice. I couldn’t kick that sweet candy if my life depended on
it.

Until my
my life actually did.

I had
reached a point in my life where I was so infatuated with the future, so
intoxicated with the prospect of good things happening, so intent on living
life perpetually poised in a ballet of expectation, I was cheating on the present with a mistress called the
future. And like any torrid love affair, what started out as an innocent game
slowly grew into a dangerous obsession.

And
then one day, I woke up and literally couldn’t breathe. My left lung had
collapsed.

Before
I knew it, I was being wheeled into the emergency room.

A few
hours later, I woke with a tube in my chest tube and morphine drip. And I
remember asking the doctor if the collapsed lung was stress related.

Because
stress is always the culprit. And expectation is often the accomplice.

And so, something I’ve had to learn over the years­­ is how
to empty myself of expectation. How to let go of the need for outcomes and to
open myself whatever wants to come forward.

One of my favorite tools for doing so is Ten Zen Seconds, a book, a practice, an
approach to mindfulness and an invitation to live a more centered, grounded,
and meaningful life. Since becoming a practitioner several years ago, now not
single a day goes by where I don’t use the tools in some way.

The way it works is, you use a single deep breath as a ten
second container for a specific thought, matching the rhythm of your
respiration to the symmetry of your words. For example, one of the incantations
is, “I expect nothing.”

Those
three words changed my life.

That’s what’s
possible when we shake off the shackles of expectation and end the habitual
anticipation of outcomes.

We experience
the perfect quietness of heart.

Dr. Eric Maisel, the creator of Ten Zen Seconds, explains it is a mental and emotional mistake to
have expectations, both reasonable and unreasonable. Desire as much as you
like, try as hard as you like and plan as carefully as you like, he says, but
expect nothing. If you expect nothing, you have a real shot at centering.

Keep in mind,
not expecting isn’t the same thing as not caring or giving up. Expecting
nothing means making the decision to focus on what needs to be done rather than
outcomes. Expecting nothing means accepting that reality is under no such
obligation to make you happy and give you want you want.

Which reminds me of something I learned in yoga.

When I
first started taking class, my expectation manifested in the form of numbers. I
started compulsively tracking how many days in a row I practiced. Which was
great because it made me feel strong and committed, but after a while, all of that quantifying created
an unnecessary expectation. And that started to affect
the outcome of my practice. I would think to myself, wow, I’ve done yoga ten consecutive days. I
bet my body will start to fatigue.

Sure
enough, the next morning I would leap out of bed with searing calf cramps and
race to the fridge to suck back coconut water until the pain subsided.

Funny
what happens when make gods out of numbers.

All the more reason to empty yourself of
expectation.

It’s interesting, the word expectation actually derives from
the term expectare, which means, “To defer
action.” Meaning, what expectation does is prevent us from focusing on what
needs to be done, since we’re too busy obsessing about what could or should or
might be done as a result.

And so, if we truly want to experience the perfect quietness
of heart, we have to get rid of all that flotsam and jetsam swirling around in
our heads.

I
remember reading this great article called Secrets
of a Trailer Guru, which profiled the legendary
video editor Mark Woollen, the owner of a boutique production company that serves
an elite group of filmmakers. As a guy who cuts trailers for a living, he
actually isn’t a big fan of the trailer phenomenon. Woollen said, “My best
experiences as a moviegoer are when I go in knowing as little as possible about
a movie.”

That’s
what I want my life to be.

The movie I never saw the
trailer for.

Touched By A Hand, Struck By A Fist
How to Sustain Originality of Voice
Creating a Framework for Inspiration