Most People Kill Plants From Overwatering 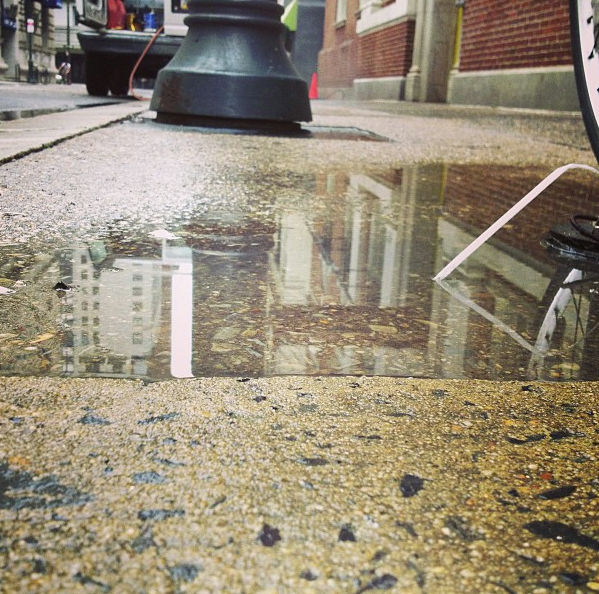 “His film not only captured my imagination, it kickstarted my ambition.” When I first started playing music, I used to spend hours going through my dad’s record collection. One night, I came across an album that sounded strangely familiar. When I asked my dad who the singer was, a huge smile lit up his face. Turns out, the voice was his. Senior year of high school, my dad’s band put out their own album.Their own album. To me, that was the coolest thing I’d ever heard. Forget about draining the game winning basket at the buzzer. This was art. This was something you could make and smell and touch and share with your friends. And this was something that could live in the world forever.From that moment on, I knew I wanted to do the same with my own work. My artistic and entrepreneurial motor starting revving up that night. And it hasn’t stopped chugging since.Inspired by a similar story fromTough Shit.

“You’ll hand over your money like there’s more where that came from.” Back when I thought online training was the future of corporate development, I invested considerable amounts of time, money and energy building my own proprietary video platform. And if you ask me, it’s amazing. Of all the things I’ve created in my career, NametagTV is at the top of my list. Unfortunately, my original prediction was wrong. Online training wasn’t the future. Organizations just weren’t buying it. Literally or figuratively. With the exception of a few success stories, none of us truly cracked the online training code. So, I made zero profit. With only one paying client, I earned just enough revenue to break even. It was the equivalent to a push in blackjack. Not a loss, but not quite a win. Kind of a bummer. Although, during the process of building NametagTV, I learned video production skills, unearthed talents I didn’t know I had, extended my brand into new places and kicked open the door to future business opportunities that actually did make money. Plus, I built something I was proud of. To me, that’s a win. Just because you have a loss leader doesn’t mean there’s no gain.

“People are creating hacked products.” I just discovered a guy from Kuwait who sells sheep on Instagram. Pure genius. His business model is fast, free, simple, smart, social, scalable, international, remarkable, entrepreneurial, creative and contemporary. That’s one hell of a winning formula. No wonder he’s accumulated a level of likes, followers and shares that most companies would pay millions for. What’s crazy is, ten years ago, a guy like Ali never could have dreamed of that level of economic possibility. He probably comes from a long line of sheep herders, most of whom wouldn’t believe his story if he told them. But when a remarkable digital platform comes along and changes everything, dreams have a funny way of coming true. Instagram’s tagline, by the way, is to capture and share the world’s moments. Nice to see someone other than advertisers turning those moments into money.

“Most people kill plants from overwatering.” How did nature solve this same problem? That’s one of my favorite questions to ask. Especially when it comes to tackling the issues of human interaction. For example, take the challenge of checking up on people we love. We want to be there for them, but at the same time, we don’t want to drown them with concern. So where’s the balance? Well, if this were a problem in nature, we would say, before you start flooding the pot, check the soil. That way, instead of killing the plant with kindness, you can caress the plant with curiosity. If it needs more water, it will tell you. Plants are very honest creatures. The point is, we should apply the same thinking to humanity. Not everybody we love needs more water. Sometimes all they need is someone to check the soil.