Moments of Conception 039 — The Experiment Scene from Frankenweenie 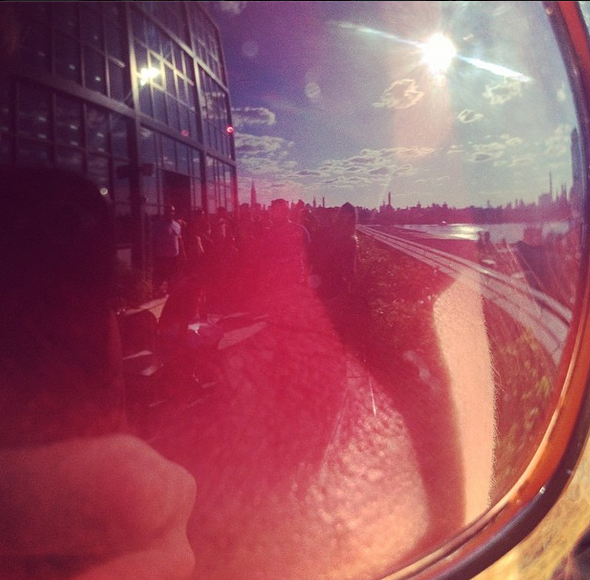 Today’s clip comes from the scientist scene in Frankenweenie:

Equal parts head and
heart. Rzykruski explains that science isn’t good or bad, although it can
be used both ways. What’s interesting is, creativity works the same way. It’s a
neutral construct. Not unlike like tofu, it takes on the flavor of whatever
sauce it’s immersed in. And so, as creators, the conceptual elements of creativity, meaning intention and motivation
and love, are equally as important as the clerical
elements, meaning organization and production and proficiency. The trick is honing our ability to wear both
the artist and the scientist hats. To employ the skills of the head and the heart. It can’t just be one of
the other. Because if we’re all conceptual, we grow out of touch with the
realities of the present. Our process lacks the practicality needed for
execution. And our ideas never make it to the execution phase. But if we’re all
clerical, we lose sight of the big picture. Our process lacks the vision needed
for motivation. And our ideas never achieve enough momentum. Are you using your brain right, or just
your right brain?

The naked terror of
regret. Victor ran two experiments. One that he loved, and one what that he
just wanted be over. That’s a deeply profound insight. Especially for an eight
year old. Victor didn’t realize it, but he was talking about the heart in
conflict with itself. And that’s something all artists experience at one time
or another. In fact, when I first saw this movie, the raw honesty of this scene
made me tear up. Sitting there in the theater, I immediately flashed back to a
number of projects and jobs and experiences, even relationships, that I got
into for the wrong reasons. They were doomed from the beginning, and I knew it.
What a sinking, hollow feeling that is. Blech.
On the other hand, contrast those feelings to the opposite experience, to the moments
in which the vomit of
happiness spews out uncontrollably, and regret is nowhere to be seen. That’s
what happens when love changes your variables. Expectation determines outcomes.
What dream in you, that serves and helps
others, would cause you deep regret if you never took the risk to go for it?

Stuff your eyes with
wonder. Culturally speaking, science is geeky. It’s always been geeky. Since
the beginning of the seventeenth century, most people who built and organized
and tested the universe’s knowledge were viewed as outcasts. Until recently. Now
science is mainstream. Now the geeks have inherited the earth. Now it’s finally
cool. What’s more, science isn’t just a long list of facts that some old white
men figured out long ago. Science has actually replaced religion as a source of
wonder for many people. It adds spiritual dimension to life, in that it
connects us with something bigger than we are. But as the teacher explains,
people like what science gives them, but not the questions science asks them. So we haven’t evolved completely. All the more reason for us, the creators,
the dreamers, the conjurers, never to lose our human tendency to ask why things
are they way they are. Never to bury our sense of wonder. What’s your favorite dangerous question?