Moments of Conception 035 — The Biases Scene from Moneyball 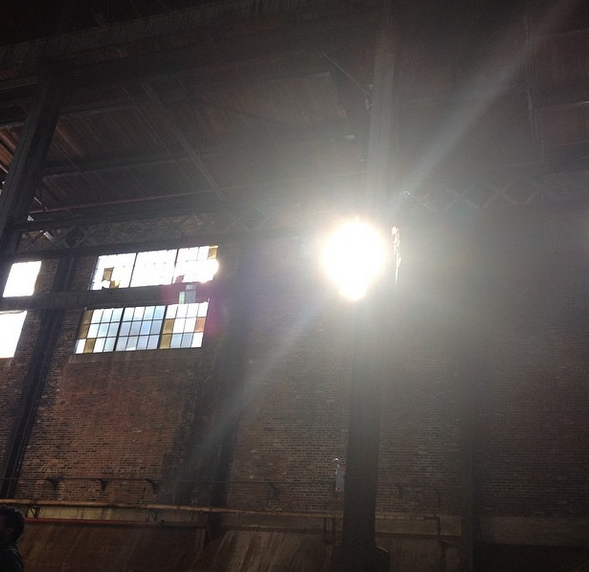 Today’s clip comes from the whiteboard scene in Moneyball:

The user experience
for creativity. Pete converted his dark, stale basement office into an
inspiring, personalized and prolific command center. Dry erase boards covered with undecipherable equations, walls
collaged with sports page clippings, sticky notes scribbled with algorithms and
computer screens sprawling with code and spreadsheets. Forget about the
baseball diamond, this is his home turf. His territory. His war room. His creative nirvana where
utopia truly manifests itself. Billy may feel overwhelmed when he walks in the
door, staring blankly at the surrounding, but not Pete. In this space, he has
the home field advantage. And that’s why his message is received. It’s a
beautiful lesson about the power of context. Pete proves that our primary
creative environment is what becomes the structural asset for creating our
ideas, and the user experience for communicating them ideas. Are you cultivating the
optimal conditions to make your creative process happen?

Seek out unoccupied
channels. Originality comes from tapping into unexpected venues as rich
areas to mine for inspiration. Viewing everything
around you is a point of connection with crossover usefulness. As my
mentor once said, the whole world is your
rhetorical toolbox. Pete’s version of this is discovering a sanctuary of
defective, unwanted, overlooked and undervalued ball players. The island of
misfit toys. The place where no one measures up to conventional expectations.
But rather than ignoring the players that most teams don’t like, he transforms brokenness
into beauty. He sees disturbing or unwanted things as potentially meaningful and
becomes enriched by things people normally treat as garbage. Pete exemplifies
the practice of deep
democracy, meaning, treating everything you encounter with
fundamental affirmation and radical acceptance. Baseball players may be his
currency, but the larger creative principle still applies: With the right mindset,
anyone can discover a
river that hasn’t been fished. Are you
trying to change nature or follow it?

Objectify your process.
Pete writes a code that builds in all the intelligence he has to project
players and get things down to one number. Namely, on base percentage. This is a brilliant strategy for
baseball, as it allows him to assemble a team of undervalued players with high
potential, despite hamstrung finances. But it’s also a smart approach to being
an artist. Some creators call it their critical number, their prolificacy
equation, their daily mission piece, or their opportunity filter. The name
doesn’t really matter. The point is to boil your work down to one thing. Something clean and simple
and easy to calculate. A shorthand that triggers an entire world. A proxy that does
the heavy lifting for you. That way you can focus on creating. For example, every
time somebody reaches out, requesting my service, participation, resources,
time, talent or money, I always ask the same question. Is this an opportunity, or an opportunity to be used? That’s my one
thing. It’s a boundary setting technique, and it’s saved me thousands of hours
of frustration, kept me focused and prolific and helped me stay profitable over
the long term. What’s your critical
number?