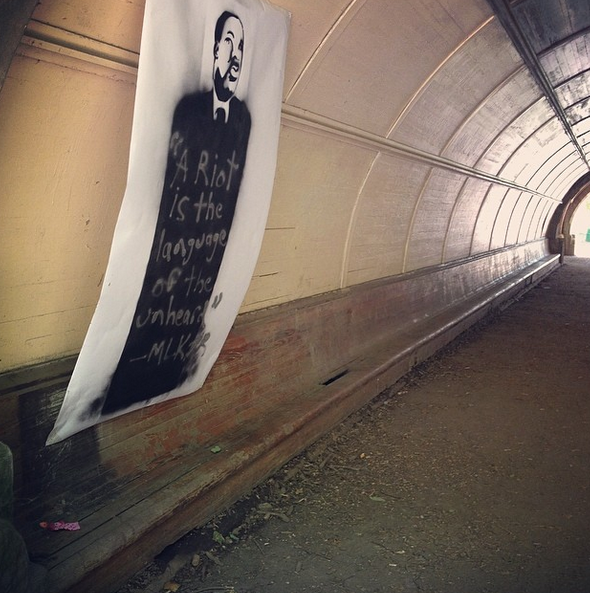 Today’s clip comes from the lab coat scene in Cloudy With A Chance Of Meatballs:

You’re better because
it took longer. Growing into your originality can be a deeply discouraging
process. Considering the mental impediments that block creativity, the inevitable
delays that thwart momentum, the personal relationships that threaten progress
and the failed attempts that crush enthusiasm, most young artists wish they
could just press fast forward on the entire process. But the reality is, that
experience of tempering is exactly what gives your instrument its unique sound.
If you were to find your voice too early in the process, you’d be bypassing the
necessary spiritual work to get there, ultimately making your success wafer thin
and unsustainable. Flint is determined to invent something great someday––and
he will, there’s no doubt––but just like the oversized sleeves of his lab coat,
only the passage of time will facilitate the growth required to do so. Have you made your peace with delayed
gratification?

Reverse engineer your
dream. Flint’s walls are collaged with inspiring images of his creative
heroes. Edison. Einstein. Tesla. Newton.
These are giants upon whose shoulders he will stand. Eventually. For now, he draws a picture of himself, bearing the moniker of best inventor ever, and pins it on his wall of fame. This is
pivotal moment in his career. He’s no longer dreaming of becoming an inventor,
he is an inventor. He acts as if. He
is who he says he is. His belief, predicated more on whimsy that reality, is
that he can and will do this. Flint
plans to live his life, against all evidence, as if these advances in fortune
and visions of success were already here. It’s creative visualization at its
finest. And the secret is, he doesn’t just sit in bed trying to activate the
universal law of attraction, hoping to manifest his dreams into reality. He
runs out of the house in the middle of the night, locks himself in his
laboratory and gets to work. What
moment first initiated your momentum sequence?

A fashionable on ramp
to creativity. Flint’s lab coat is more than clothing, it’s a commitment
device. Something that gives his mental obsession a physical expression, adds
energy to the system and moves the creative ball forward. Something that makes
the effects of his work real and visible for all to see, even in the early
stages of production. The coat is something that gives him an elegant
excuse just to have ideas and validate his creative process. I’m reminded of
when I started drawing thinkmaps
for clients. I bought an orange jumpsuit. Mainly because drawing murals on
massive dry erase boards was a sweaty, dusty, dirty endeavor. But also, because
the jumpsuit changed the way I worked. Every time I slipped it on over my
clothes, my enthusiasm doubled, my energy increased and my sense of purpose
skyrocketed. Plus I looked like an escape convict. The point is, every creator
needs a uniform. A wearable identity totem that prompts a work mindset and sets
a tone that says to your brain, work happens now. What object helps you merge into the creative process?