Moments of Conception 013 — The Writing Scene from Eight Mile 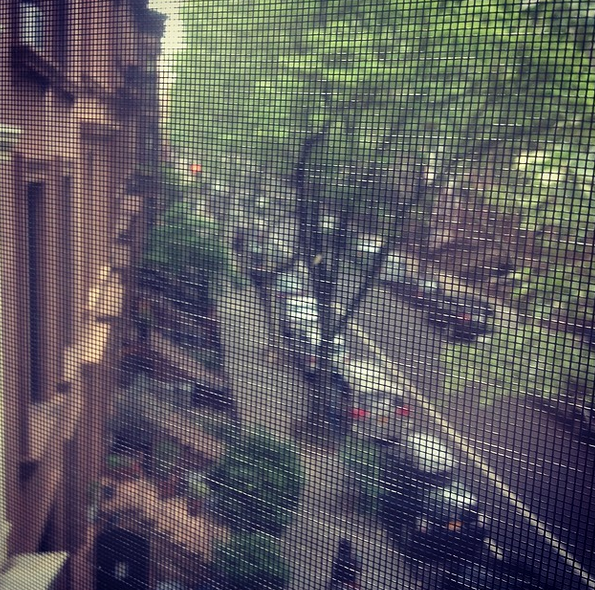 Today’s clip comes from the lyric scene in Eight Mile:

The user interface of
your brain. Jimmy’s bus commute is a fixture in his writing process. It’s a
trusted, consistent structure that triggers his creative focus. A portable
creative environment that helps him snap into work mode and make the word
flesh. Because all he really needs is a pen, paper, headphones­­––and a
landscape of pain, poverty and hard times––to inspire his work. It’s not the
most glamorous of workspaces. Detroit busses aren’t known as exemplars of
cleanliness, productivity and relaxation. But then again, Jimmy is writing rap
lyrics. Considering hip hop is musical genre historically rooted in suffering
and struggle, the scenery is actually quite perfect. And so, the scratch paper
he pulls out of his pocket, along with the music pumping through his ears,
become the associative triggers that give him a sense of control and stability
and comfort. He’s in harmony
with the small slice of the universe in which he finds himself. And by convening day after day in the
same space at the same time, a powerful energy builds up around him. Because he
loses himself in the music, the moment, he owns it, and he never lets it go.

Become an idea
foreman. Lose Yourself is one of my
favorite songs of all time. I used to rock out to it in the bathroom before
giving speeches. That’s why I love this scene. It’s not just an inspiring tune,
it’s an honest depiction of the songwriting process. I’ve been writing music
for twenty years, and in my experience, this is almost exactly how it happens.
There’s a specific melody and rhythm thumping through your head, and you just
keep replaying it over and over and over until the words finally match up. It’s
frustrating, time consuming and the people around you think you’re insane. But
it’s all part of the process. Jimmy is walking the factory floor. He’s taking a
casual, curious and thoughtful sweep of every idea he’s recently accumulated. He’s
managing his inventory. And over time, his lyrical ideas slowly arise from
combining many disparate words and phrases and concepts from his notes. His
creative inventory may appear raw and disorganized, but it’s actually quite
brilliant.

Creating a self to
express. Jimmy is man of grit, determination and anger. But in the presence
of his adorable kid sister, he’s also a man of tenderness. A man who seeks a
better life for the next generation. A man who’s loyal to those who look up to
him. And so, he crafts his song next to his sister’s crib for several reasons. First,
out of motivation. Because what he’s creating isn’t as important as why he’s creating it and whom he’s creating it for. Second, out
of inspiration. Because in the child’s eyes, he sees a purity and innocence he
lost long ago. Third, out of recalibration. Because his sister’s room is joyful,
human space that brings coherence back to his life. And finally, out of obligation.
Because he lives in an inner city trailer park with alcoholic and abusive
parents. Jimmy’s there to protect his sister. His muse. His purpose. Ultimately,
these emotions, environments and experiences are the very ingredients that
inform his music.