Moments of Conception 003 — The Manifesto Scene from Jerry Maguire 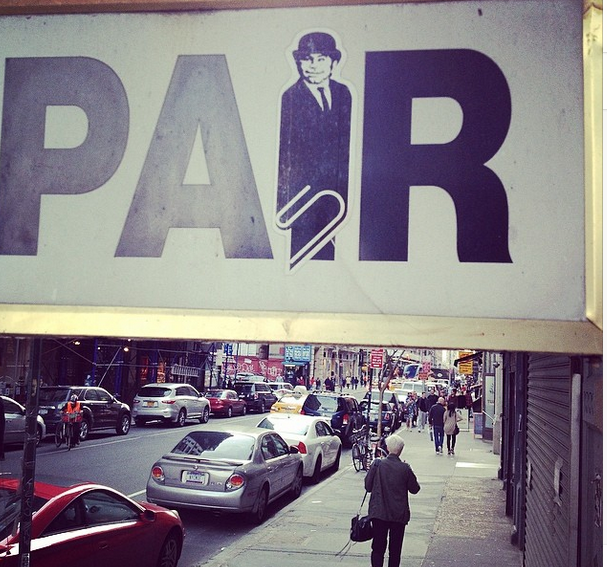 Last Words is the story of the man behind some of the most seminal comedy of the last half century, George Carlin. But when you read the book, you’re surprised at his discipline and drive and insight into the creative process. Here’s my favorite passage:

“Initially, ideas come together the way galaxies do, they
just naturally clump, simply because they’re related, like an extended family
of ideas around a general topic. But over time, they become parts that fit and
function together, which you then gradually formed into a whole.”

That’s our job as collectors, creators and communicators of ideas. Developing the habit of recognizing beginnings. Believing that every moment of conception has an engine, a spark, an energy source and a pulse that all the other ideas hum with and grow from and move around and work off of.

Today’s clip comes from the manifesto scene of Jerry Maguire:

So, what did he do right?

Follow that vibe and
see where it takes you. Jerry awakes in the middle of the night,  trembling. He can’t sleep. He can’t breathe. And
when he stumbles out of bed, he can’t even walk straight. This is a new feeling, he thinks to himself. But why? Is it
because he’s stuck at some crappy hotel at his annual corporate conference? Is
because he’s at a crossroads of his career, about to have the breakthrough of a
lifetime? Doesn’t matter. His brain has to take cues from his body. He
has to listen to what wants to be written. He has to purge and exhale until
there’s nothing left. So, to the laptop he goes. And within a few minutes, he activates the
creative subroutine in his head, brings up his energy level and snaps himself
into the appropriate state of mind to do his work. Now he’s in flow. Plunging into
action and building momentum. And there’s no stopping him until that vein is out. The lightning
struck and he was there to channel it.

Find a
portable home for your creativity. Jerry doesn’t have the home field advantage.
This isn’t his bliss station, his personalized workspace that makes him feel in
control. He’s trapped inside a stale, claustrophobic, uninspiring hotel room.
He doesn’t even have a desk, just a tiny coffee table over which to squat like
a rookie catcher. And yet, he manages to convert this space into his transportable lightning rod. Maguire
makes the most of his creative environment. Look closely, and you’ll see snacks and coffee
cups and legal pads and sticky notes and crumpled papers scattered across the
floor. This environment is exactly what Jerry needed to launch his trajectory
of thinking and writing and crafting and expressing, in a way that feels
meaningful. He even brings himself to tears, which signifies to him that he’s onto
something, because finally telling the truth. As it reads in the originalscreenplay, “There is a direct line from the deepest part of him to the words
he’s typing. His fingers fly.”

Memorialize your process with a
product. Jerry doesn’t walk down the stairs, he dances. He runs
through the pouring rain to the nearest copy shop to print out a hundred
copies, one for every employee in the firm. But here’s why. First, if you don’t
write it down, it never happened. Ever.
The brain is a terrible office, and everything you know needs to be written
down somewhere. Secondly, hard copies are devices for building commitment,
confidence and competence. Any prototype, crude and imperfect as it may be, addsenergy to the system and moves the creative ball forward. And, it gives the creator the
psychological pat on the back that saturates their consciousness with
victory. Lastly, Jerry’s mental obsession
now has a physical expression. Shit just got real. And nothing beats that little dancing smile of satisfaction. I
especially love when the copy clerk validates Jerry’s work by reminding him, “That’s
how you become great, man, by hanging your balls out there.”

Your First Project Doesn’t Have to be Good, Just Done
Moments of Conception 002 — The Status Scene from The Social Network
The World Will Not Devote Itself To Making Us Happy