Inviting Nature As Your Creative Collaborator 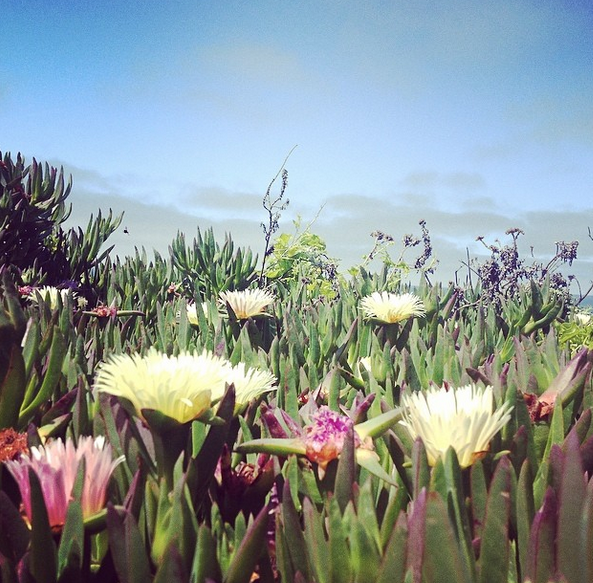 If we
want to become more prolific, we have to create a more visceral and spontaneous
contact with our work.

We have
to invite nature as our creative collaborator.

Jackson
Pollack famously laid his canvas on the floor of a converted barn instead of
using the traditional easel. Back in the forties, he did an interview with an limited
edition art publication called Possibilities, in which he made the following
statement:

“My painting does not come from
the easel. I hardly ever stretch my canvas before painting. I prefer to tack
the unstretched canvas to the hard wall or the floor. I need the resistance of
a hard surface. On the floor, I am more at ease. I feel nearer, more a part of
the painting, since this way I can walk around it, work from the four sides and
literally be in the painting, allowing the creation to take on a life of its
own.”

By
changing the way he approached his work, he put himself in a position, quite
literally, to listen for what wanted to be created. By changing the perspective
of the canvas in front of him, he changed the perspective of the ideas inside
of him. By relieving his body of the necessity of gravity, he freed up his
brain to float wherever its fancy led it. And by grounding himself physically,
he grounded himself psychologically, engaging a posture of humility,
appreciation and respect for his creative environment.

But
what’s really interesting about his process is the science behind it.

Physics
Today once
published a fascinating article that analyzed the application of fluid dynamics
in Pollock’s art. Their hypothesis was, to the degree that he let science take
a role in the painting process, he invited physics to be a coauthor of his art
pieces. And by creatively ceding some of the responsibility for the appearance
of his work to a natural phenomena, he used fluid dynamics to contribute to the
creation of an art object.

Pollock,
of course, was no physicist. Had he been asked to explain the application of
scientific concepts like hydrodynamic instability, surface tension,
gravitational acceleration, axial velocity, inertial force, flow rate, liquid
density, fluid stream, kinematic viscosity and coiling oscillations, Pollock’s
head probably would have exploded. Instead, through trial and error, through
pure chance and guided inquiry, he intuitively assimilated the implications of
those scientific relationships into his work. And thanks to this process, he
became a major figure in the abstract expressionist movement, inspiring an
entire generation of painters.

The
lesson, then, is to operate at the intersection of what is aesthetically viable and what is physically possible. To invite the collaboration of natural
phenomena, forcing ourselves to think about art from a more scientific
perspective.

I had my first experience with this practice a few
years ago, when I started busking on the weekends under the historic Meadowport
Arch, which is located at the entrance to Prospect Park. Over one hundred years
old and one hundred feet long, this limestone tunnel has a unique double
entrance onto the park’s great lawn, giving the traveler a choice of which way
to go in their journey.

It’s quite breathtaking. The tunnel has benches
built on both sides, a restored cedar sheathed ceiling and with paneling
covering the entire surface, making it an iconic destination for daily joggers,
curious tourists and frolicking children alike.

It also happens to have the best natural acoustics
I’ve ever heard in my life.

Since I started performing music as a kid, I’ve been
obsessed with singing songs in obscure venues, including apartment stairwells,
old churches, long hallways, hotel bathrooms, even post office vestibules.
These are the magical spaces where voices carry like bells and footsteps echo
like gunshots, and frankly, it just seems wrong not to make music there. The spaces
are aching for it. Like a match waiting for a spark.

And so,
on most weekends, I play a concert in that tunnel by the park. My shows usually
last about two hours, I sing all original songs, it’s just me and the guitar,
and I perform for anybody and everybody who walks past. By the time the show is
over, I’ll earn anywhere between ten and twenty dollars in change.

But the
revelation was, since I started playing these shows, the tunnel helped me create
a more visceral and spontaneous contact with my work. Turns out, the physical
act of performing music in a naturally reverberated environment changes the
biology of the songs. Notes, riffs, rhythms, melodies and lyrics, ones that
might not have worked when I was just singing in my bedroom, magically started
to make sense under the arch. By collaborating with the tunnel’s scientific
principles, I was able to do things I never thought I could do as a songwriter.
It’s like I finally let out a deep breath I had no idea I was holding.

The challenge,
then, is for each of us to cede some
of the artistic responsibility to an environmental phenomena. To invite nature,
in any of its infinite forms, as the creative collaborator against which our
work is hurled.

I’m reminded of
famous study conducted by the Carlson School of
Management, which explored how ceiling height affected the way
people think and act.

Scientists tested
how people processed information in different environments, and they found that
a twenty food ceiling helped them feel more free, enabling them to brainstorm
more creatively and process more abstract connections between objects.

Does your current
project require you to discover innovative solutions to problems through
divergent thinking? Find a room with high
ceilings. Consider collaborating with that natural phenomena.

On the other hand,
a person in a room with only an eight foot ceiling is more likely to focus on
specific tasks, details and other tactical concerns.

Does your
current project require you to bring thinking down to a more detailed and
accurate level? Find a room with low
ceilings. Consider collaborating with that natural phenomena.

Ultimately, there is no force more honest, more reliable, more
ubiquitous, and more scientifically proven than nature. It’s not supernatural,
it’s just natural. And
as creators and communicators of ideas, as people with an inherent need to
connect with something bigger than ourselves, we ought to design systems
and structures that invite nature as our collaborator.

Because
it’s hard to be creative alone.