Have You Made Peace With Piecemeal? 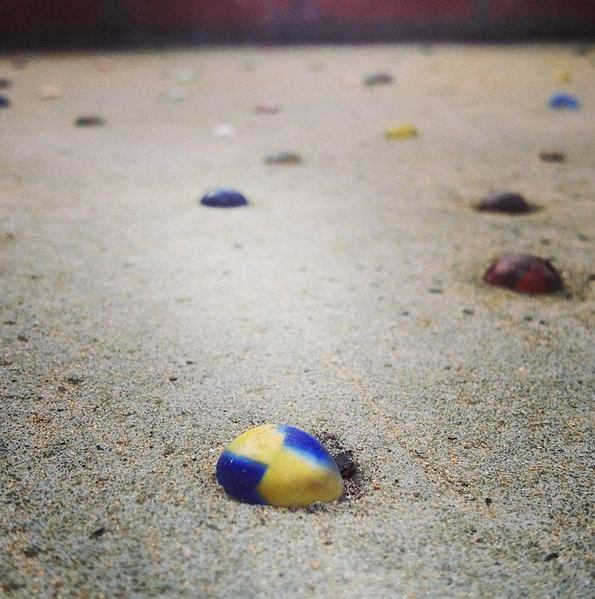 Creativity isn’t a linear experience, it’s an associative one.

If we want to become prolific, we have to make peace with piecemeal.

And so, it’s no surprise that we require everything we deal
with in life to follow the same structure. Our rational capacities crave a
certain amount of story. We depend on dramatic structure. It’s hardwired into
us. Aristotle was accurate when he said, a
whole is that which has a beginning and middle and end.

I’m reminded of the book The
Literary Mind, in which professor of cognitive science Mark Turner explains
how story is the fundamental instrument of human thought:

“Narrative imagining,
story, is our chief means of looking into, predicting, planning and explaining
the future. It is a capacity indispensable to human cognition generally, and is
the first way in which the mind is essentially literary.”

Unfortunately, this particular human tendency is at odds with
the creative process. And if we’re not careful, our biological craving for
resolution, our cultural need to perfectly compartmentalize everything into a
neat little package with a beginning, middle and end, can stand in the way of
effectively collecting, creating and communicating our ideas.

When you read the autobiography Last Words, it’s clear why George Carlin was the undisputed
heavyweight champion of standup. Not just because of his years in comedy, but because of his files of comedy. Carlin actually attests that the reason few
writers have ever achieved his level of prolificacy is because they refuse to
keep a record of their reactions to issues. At the end of the book, he tells
the story of an journalist who once asked him if he ever thought he might run
out of ideas. If he ever worried about not having anything to say anymore.

Carlin put the creative process into perspective with the
following:

“Occasionally that
does flash through my mind, because it’s a natural human impulse to think in
terms of beginnings and endings. But the truth is, I can’t run out of ideas,
not as long as I keep getting new information and I can keep processing it. And
as long as I have observations to make, as long as I can see things and let
them register against my template, as long as I’m able to take impressions and
compare them with old ones, I will always have material.”


And so, each one of us needs the freedom to express
ourselves in a nonlinear fashion. The permission to work with ideas without
strict chronological terms. The space to create without corresponding to the illusions
of sequence and rational order. And the detachment from our natural human
impulse to think in terms of beginnings and endings.

We need to make peace with piecemeal.

How do we accomplish that?

Creativity, after all, is nothing but a coalescence of fragments. It’s alchemy. It’s associative, not linear.
Meaning, our duty as creators of ideas is to populate our content management
systems, our personal creative inventories, with any snippet that crosses our
cognitive path. Even if the story doesn’t have a beginning, middle or an end.

Edison famously
recorded his thoughts, observations, visualizations, imaginative patterns, experiments,
flashes of inspiration and ideas for new inventions in a series notebooks. By
the time of his death, he had accumulated over three thousand notebooks over
his lifetime, each of which contained more than two hundred pages.

But what’s most important
to remember is, the majority of his documentation was done in a raw,
fragmentary, clumsy and incomplete fashion. Edison’s creative inventory­­, all half
million pages of it, didn’t have a definite beginning, middle and end. And yet,
he still became the most prolific inventor in history.

Because he trusted
the creative process.

And that’s the challenge of the input phase of creation. Setting
aside our biological need for unity, order and completeness, and trusting our
raw materials into the system.

Keith Kennif has made peace with piecemeal. He’s a composer,
multi instrumentalist and music producer who releases ambient electronic
music under several monikers, all of which fall under his independent record
label, Unseen Music. He’s best known
for his music’s wide use in film, television, dance, advertising and
performance art. Facebook famously commissioned one of his songs for their
tenth anniversary video, which received hundreds of
millions of views and shares.

But in addition to being a daily listener of his music, I’m
also a diehard fan of his approach to organizing it.

Keith’s website has an astounding music library. It contains
hundreds of tracks––not full songs, just tracks,
just fragmentary associations of music––in various styles for the purposes of
commercial licensing. Each track is labeled in relation to its general mood
and tone, some of which are even available as alternate versions and lengths. That way, when clients submit their licensing requests, they can include all
the details about their project, including media type, industry, intent of use
and the like.

Keith’s piecemeal approach to creating music is brilliant.
In a recent interview with public radio, he
explained it as follows:

“I write distilled,
powerful tiny pieces of music, like mini film scores, telling so much story in
so few notes. They’re very simple melodies, often very simple chord changes
that everybody can kind of pick up and play. That’s the point and function of
these songs. Everybody be able to relate to them.”

Not full songs, tracks. Hundreds of incomplete, jigsaw
puzzle pieces of music. With no beginning, no middle and no end. The
accumulation of which makes Kennif one of the most successful and prolific
commercial musicians working today.

One man’s fragment is
another man’s fortune.

Are you treating creativity as a linear experience, or an associative
one?