Good Things Shouldn’t Have to End 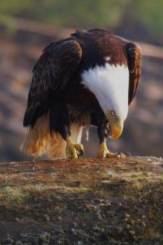 From a strategic perspective, it’s always helpful to start
from the assumption that the marketplace is crowded. That whatever product
you’re trying to sell, whatever message you’re hoping to spread, the world doesn’t
need another one.

When
you focus on that, you make sense, not noise. When you act from that place of
humility, it’s much easier to smash down the mysterious doors of the
impossible and give people what they actually need, not just what you want them
to want.

In reality, what
the world needs is somebody, some organization, to invent new ways to use
what’s already successful. That’s what innovative companies do. Instead of
reinventing the wheel, they find a wheel that already works and make run better.

The
point is, good things shouldn’t have to end. What’s good is of utmost
importance to our culture, and should be discovered, respected, shared and enhanced.

If it ain’t broke, don’t fix it, but don’t stop making it
better.

Make it do things nobody’s seen before.

Caution, Designed to Get Better With Use
Less Talkey, More Doey
Impossible to Keep Your Name a Secret