Anything After Noon Is Yesterday’s News 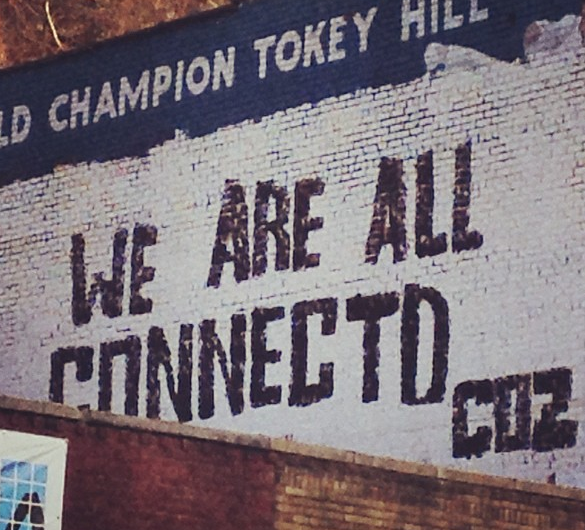 “A careless whisper in my body.” Pretty sweet line from a pretty dopey flick. Which reminds me, when did everybody become a professional movie critic? Look, if a movie entertained you for two hours and made you feel emotions you wouldn’t have felt otherwise, it was a good movie. It’s not that complicated.

“Anything after noon is yesterday’s news.” The guy at the front desk said that to me last night, and I thought it was a really interesting point. I guess when the news travels at the speed of the web, it makes total sense.

“So haunted by talent that you can barely look away from her.” Personally, I love encountering people like this. I think the reason we can’t help but stare is because they’re borderline inhuman. They’re perfect examples of what’s possible when all the planets are aligned. Good observation, Russel.

“Sometimes, it doesn’t have to make sense to anybody but you.” There’s something blissfully relaxing about not having to prove and justify yourself to people anymore. Brilliant thought from my palHilary.

“We don’t deal in certainty, we deal in probability.” Zero Dark Thirty is a movie about following your hunch. Even if it’s filled to the brim with confirmation bias. I tend to make a lot of decisions that way. Usually works out fine.

“This is one of those zombie ideas that, no matter how many
times you kill it, it comes shambling back at you.” Speaking of hunches. Don’t you just love it when ideas seize you and refuse to go away? Thanks for that, Sam Harris