You Believe In Me, And I Trust Your Judgment 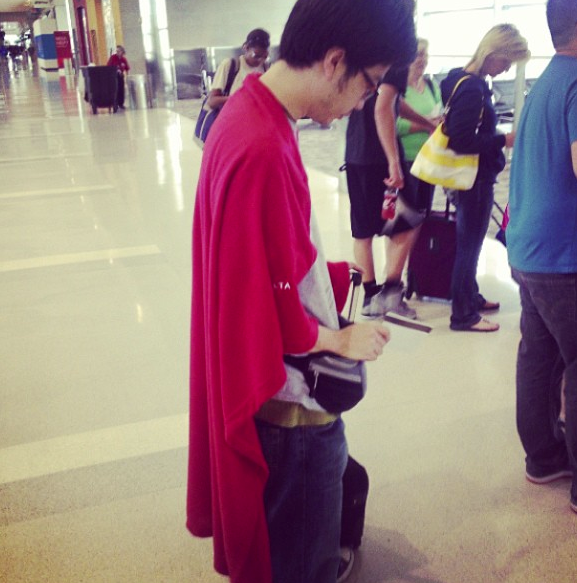 “He’s unwilling to be forgotten.” Amazing interview with Billy Crystal. He tells the story of his mentor giving him notes after a performance. “Your act is like Chinese food. It’s really good, but we can’t remember what you ate. You didn’t leave a tip. That little extra
something that’s uniquely you, leave it with the audience. That way, even if the
show didn’t go that well, they have a reason to remember you.” Holy shit. That’s the greatest thing I’ve ever heard.

“Create something cool first and worry about the business model later.” This is a widely debated issue. On the marketing side, the inherent shareability of products that are just plain cool should be enough to pave the way to profit. But that’s not always the case. Interesting doesn’t always mean income. Meanwhile, on the functional side, if you design something useful, you’re ninety percent of the
way there. So which is it? The world may never know. Another unsolved entrepreneurial mystery. Inspired by this pieceabout Jimmy Wales.

“When you get successful early, you grow to hate your early work.” When I listen to songs I wrote in my teens, I laugh. When read books I wrote in my twenties, I cringe. And when I watch speeches I gave two years ago, I sigh. But it’s all part of the creative process. We can’t be too hard on ourselves. First of all, we did the best we could with what we had at the time. Secondly, everything we created in the past is what brought us here. Lastly, just think how much better the work will be twenty years from now. Inspired by Jeff Garlin’s interview with Aziz Ansari.

“You believe in me, and I trust your judgment.” Believing in yourself is a great start. And it will take you a long way. But having people who believe in you––maybe even more than you believe in yourself––is what keeps your spirits up when life hands you a pile of shit. I never realized that until recently. In the process of planning our wedding, we’ve had this overwhelming feeling that everyone is rooting for us. That they’re cheering us on as a team and supporting our union as a couple. It’s good to be believed in. Plucked from Post Secret.

“The wronger something feels, the
righter it is.” That’s Jerry Seinfeld’s comedy filter. After thirty years in the business, he knows how to spot the signs of solid material. In my own experience, it’s all about the physiological response. As I inhale various words and sentences, my body will tell me if they’re worth writing down. Smiles, laughs, gasps, eye twitches, stomach pangs, crotch pulses, jaw drops, these bodily responses are my filter. I think every artist should have one.