When In Doubt, Show Up In Person 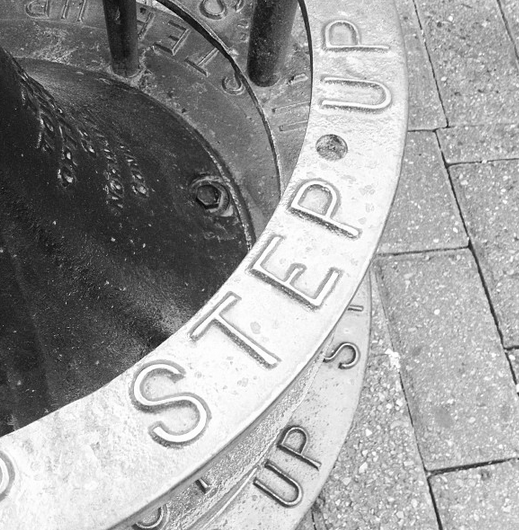 “The shortest distance to the heart is through the body.” If there’s something you want to feel, if there’s an emotional experience you
want to work through, you can actually back into it by changing your sheer
physicality. I’m reminded of the first time I tried yoga. I was terrified.
Especially when we came to camel pose, the deepest backbend of the series. That’s the
posture that fully exposes your throat, heart, belly and crotch, all at
the same time. Yikes. Doesn’t get more vulnerable than that. I actually sat out of that posture the first few months. But the more I practiced, the more my body adapted. And
after about a year, I finally found my way to the full expression of the
pose. Interestingly, I also started noticing greater vulnerability
in other areas of my life. My openness to risk and uncertainty and emotional
exposure dramatically increased. And I started crying in public a lot more. Because as the body goes, so goes the heart.

“Anything that gets in the way of my focus to create gets cut
out of my life.” Focus needs a new focus. We’re told not to do gazillion things at once, not to have
too many balls in the air, not to start too many projects, lest we spread
ourselves too thin. But what’s wrong with that? I didn’t know there was a straightjacket on human potential. Besides, it doesn’t matter how many different things we do,
it matters that we’re the same person when we do them. Interestingly, the word focus has the derivative for the
word fireplace. And the definition means,
“a point of convergence and a center of activity and energy.” In short, putting our fire at the center of everything we
do. That’s what the word should mean. Focus should be identity based, not activity based. We should spread ourselves as thin as our hearts desire. As long as the basic ingredients are still the same.

“When in doubt, show up in person.” People will do almost anything to get a job. Contract their
own billboard, submit a chocolate resume, ship themselves as a piece of freight
mail, wear a fluorescent suit, purposely leave their wallet behind the toilet,
stand outside of the door with an accordion, order pizzas for everyone
in the office and send a child’s sneaker to get their foot in the door. We hear
these stories all the time. They’re creative, memorable, quirky and funny. And
sometimes they even work. But the problem us, employers have seen it all.
A thousand times over. In fact, the only thing they haven’t seen is the one
story we never hear about anymore. The one where a guy walks into an office, flat out asks
for job, and refuses to leave until somebody gives him one. Simple. Smart. Human. Brave. Unexpected. Unforgettable. And nobody does it anymore. Which is exactly why it works.