Break The Box Around Yourself And Let People Like You 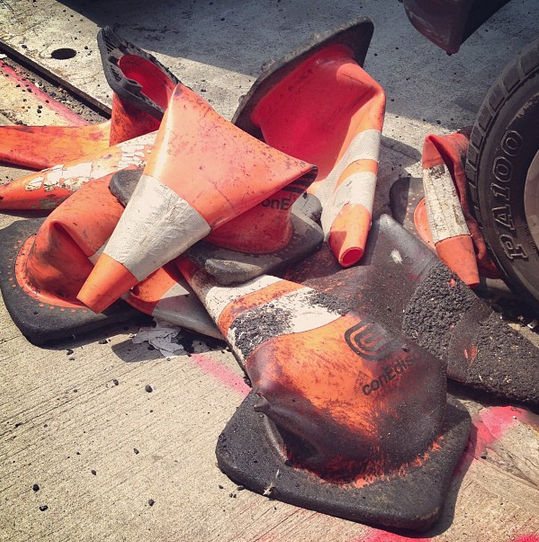 “Your identity is your vector.” Thoreau famously said the mass of men lead lives of quiet desperation. But let’s not forget the other problem of leading a life of crowded misidentification. Charging through the world at such a volume and velocity
that we never take the time to slow down and get in touch with the deeper
currents of ourselves. That’s what brings our species down. People not knowing who they are. It eats away at the fabric of human
identity, lowering the overall batting average of worldwide happiness. And I understand that not everybody reflects. Introspection
and contemplation aren’t second nature to a lot of us. But they’re still part
of our nature. Establishing a sense of identity is a central task in human
development. In fact, that’s what separates us from the other primates. The
ability to figure out who the hell we are. I wonder what would happen if more of us have a better understanding
of how we decide, why we work, who we love and where we make meaning. By keeping our fingers on the pulse of our individuality, maybe we could elevate the collective game of humanity.

“Good stories don’t happen by accident.” Yesterday
this guy tells me that the rabbi at his congregation used my nametag story for
the sermon during holiday services. A few thousand people were in attendance,
and the moral of the story had something to do with applying my nametag method
as a way to make personal connections. Neato. This
isn’t the first time that’s happened. Over the years I’ve received hundreds of emails
just like that. But what’s interesting is, while the story remains the same, the moral is always different. Sometimes it’s about belonging, finding your place in the human family. Sometimes
it’s about communication, building social capital. Sometimes it’s about branding,
making your identity stick. One time it was even about evangelism.
Apparently nametags are the perfect tool for spreading the gospel. The
point is, people enjoy stories they can superimpose their own meaning onto. Our
job is to live those stories in a way that invites people in. That rewards them from any angle.
That meets people where they are and makes their own experience
available to them. Otherwise it’s just another movie people walk out on.

I’m obsessed with natural acoustics. Apartment stairwells, old churches, long hallways, historic
tunnels, hotel bathrooms, post office vestibules, these are the magical spaces
where our voices carry like bells and our footsteps echo like gunshots. And everyone walks through them differently. Some of us don’t even notice, we just keep on walking. Some
of us accidentally make a sound, only then noticing the echoes. Some of us
sheepishly make a sound or two, hoping nobody hears. And some of us start
singing and making noises, playfully jamming with the beauty of reverberation. But then there’s a fourth camp of people. The crazies. The
experimenters. The opportunists. The ones who refuse to let good acoustics go
to waste. The ones who show up a week later with their instrument and a
recording device, and play for hours to whoever happens to walk by. Because the
space deserved it. Like a match waiting for a spark. I want to hang with those people.

When In Doubt, Show Up In Person
You Helped Me Become What I Am
Navigating Times Of Differently Paced Growth