They’re Karaoke Machines Of Themselves 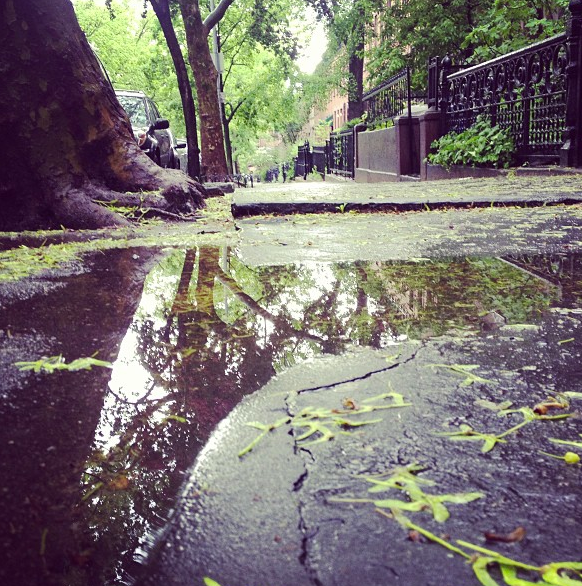 “You’re tough the way tofu is firm.” This joke from my favorite comic strip hits awfully close to home. Tough is a facade. It’s external. It’s the shell we construct to make sure nobody knows how vulnerable we are. In fact, the word tough means “not easily broken or cut.” And that’s pretty much the polar opposite of me. I take everything personally and cry all the time. So I’m not tough. Sue me. What matters more than being tough is being brave. Bravery is a character trait. It’s internal. It’s the willingness to hang your balls out there in the face of complete humiliation. Tough is for wimps.

“They’re karaoke machines of themselves.” Jakob Dylan rants about the performance style of aging musicians. They’re not singing songs, they’re doing impressions. They’ve become caricatures of themselves, hopelessly inhabiting the younger, thinner, sexier version of a rockstar from days past. The key is to avoiding this, I think, is to surround ourselves with people who don’t remind us how we are
no longer what we were. People who have no memory of us when we
were any better than we are now. That brand of compassionate support is what enables us to evolve gracefully.

“Navigate
the hormonally charged waters.” I read a fascinatingarticleabout the teenage obsession with virginity (or lack thereof) and it got me thinking. Delayed gratification is wildly underrated.If it’s worth pursuing and worth achieving, it’s worth waiting for. When I ran my own business, I often booked clientsfive yearsafter meeting them initially. And not for a lack of value, sometimes our timing was just off. Same goes for relationships. Had I met my fiance a year earlier in life––when my head and heart were stuck in dark places––we might have never clicked. The point is, patience is a muscle that needs its own personal trainer. The earlier we start practicing delayed gratification, the better prepared we’ll be for life’s inevitable limbos.

“They never limit their vision to serve
petty competitiveness.” There are two kinds of people: Those who play to win, and those who play to keep the game going. Personally, I’m the latter. Competition was never a mechanism that operated very strongly in me. I was always less interested in winning and more interested in playing. Trouble is, that attitude doesn’t sit well with the agressive, alpha personalities of the world. In fact, the only thing that infuriates competitive people more than losing, are people who don’t care about winning. Which, ironically, is a sweet victory in itself. Inspired by an article aboutloving your job.

“The more labels you have for yourself, the dumber they make you.” Timeless article about keeping your identity small. Brings to mind one of my favorite phenomena, premature cognitive commitment. That’s when we fall in love with our own way of seeing the world, keeping our minds blocked off from any information that isn’t consistent with the label we’ve attached to ourselves. Reaffirming what I’ve believed for a long time now, that nametags should be first name only. Enough letters to admit that we’re human beings, but not so many letters that we brand ourselves into a corner.

“I’d rather be an hour early than five minutes late.” Imagine running late for a big meeting. En route, you get sweaty, hurried and anxious. You start preparing the excuse barrage for your client. And you start beating yourself up for acting unprofessionally and disorganized. That’s one way to do it. Here’s another option. Yesterday when I got off the subway, I realized I was 40 minutes early for my meeting. So, I walked around the neighborhood, bought a snack, listened to a podcast and inhaled a few chapters from Inferno. My commute was completely relaxing, satisfying, even a little productive. And I wasn’t sweating through my jacket.