The Awareness Of An Inner Necessity 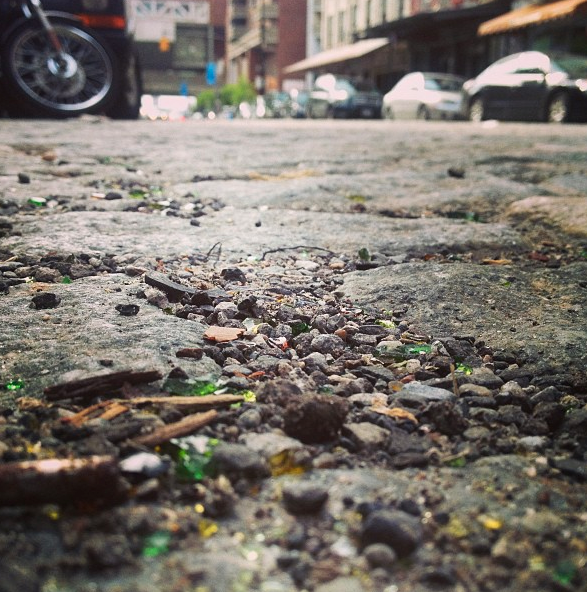 “Everyone could listen and hear what was on their minds.” I love this article about Egyptian dance music. Unlike some countries whose pop music is talentless, forgettable shite, these guys literrally overthrow governments with their songs. So cool. Their music gives people the language they don’t have. It’s not a product to be bought, it’s an object to be socialized around. They’re real artists, who would rather be heard than paid, who would rather tackle social issues than tally sexual conquests. That’s how it’s done, son.

“History’s backstage players who manage
to put a wrinkle in the social fabric.” Reading a good obituary fires inspiration into me like nothing else. There’s just something about the completed life of an interesting person that keeps you humble, energized and grateful. Yesterday, I read about a brilliant classics professor who was unsung, underpaid and undercelebrated. And yet, I got the sense that she was okay with that. She was the kind of person didn’t have to be at the center of everyone
else’s life. Huh. Who knew backstage could be such a refreshing, satisfying place to work?

“We
don’t want disease to be our easy answer.” The problem with being an overly sensitive person who takes everything personally is, you allow one obnoxious comment from a complete stranger to be the drop of meaninglessness that poisons your whole day. Until you remember that mood trumps meaning. You’re not depressed. Life doesn’t suck. Unhappiness has simply leaked in. And the only antidote to this sadness is to take passionate action. To decide to bite into something meaningful––that makes use of your talents and resources––and do it really well. Five minutes into that activity, and you’ll erase the memory of the asshole who had nothing better to do than leave a nasty comment on your blog. Thanks for thenew religion, Eric.

“The truth can be more elastic for a comedy writer.” Comedians don’t own the monopoly on lying. All artists have the right to bend the truth. Isn’t that why we got into making stuff in the first place? To render our version of of the story? Like Dylan said, art isn’t about being truthful, it’s about what should have happened. It’s the difference between a story that’s true and story that’s the truth. We remember things the way we need to. We do what we have to do, in service of our work, and nobody has to right to tell us any differently. Inspired by a review of the new Sedaris book.

“The awareness of an inner necessity.” I was never not an artist. There was never a period in my life in which making things was an aspiration. It was always an action. It just happened. Point being, somewhere around five to seven years old, each of us encounters a unique set purpose-driven urges that, for the rest of our lives, won’t let us leave them alone. And if we don’t find multiple ways to scratch that itch, something’s always missing. On the other hand, once you wake up the
human animal, you can’t put it back to sleep again.

“Have you ever shot a charging lion?” Midnight In Parisis the best movie I’ve seen in years. Specifically, thisscenewith Hemingway, which makes me laugh so hard, it hurts when I pee. The other thing I love about this movie is, it makes me want to live in the twenties. Everyone was drunk, everyone hooked up, everyone was a writer, the party never ended and all the girls had short hair. Doesn’t get much better than that. I don’t care what anybody says, Woody Allen is the greatest of all time. Forget about what the guy does in his private life. You gotta separate the man from the maker.