The Forces Of Denial Are Lavishly Funded 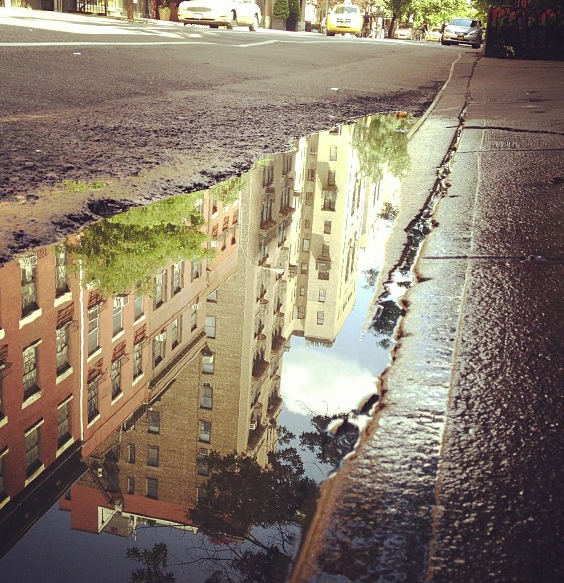 “My best experiences as a moviegoer are when I go in knowing as little as possible.” On a daily basis, I recite the mantra, “I expect nothing.” Those three words changed my life. They taught me the virtues of acceptance, mindfulness and relaxation. Why? Because expectation determines outcome. It’s been scientifically proven. If we want to set ourselves up for optimal experiences, it’s not about lowering expectations, it’s about losing them. Inspired by secrets from a trailer guru.

“You’re not waiting, you’re hiding.” Good point,Seth. Now that permission is a thing of the past, we’re all out of excuses. We no longer have the luxury of blaming the gatekeepers for our anonymity, blaming the marketplace for battering us into submission, or blaming the competition for keeping us small, scared and dreamless. Everything is up to us. The golden age of artistic agency is here. And if our art never sees the light of day, it’s because we didn’t want it badly enough.

“The forces of denial are lavishly funded.” Brilliant observation from thecreatorof the Internet himself. That’s my problem with politics. No matter how many blinding flashes of the obvious cross our path, if an idea is too convenient too be killed, our government will spend billions of dollars convincing the world that it doesn’t exist. Drives me crazy. Look, we all outgrow some of our beliefs. We all place our faith in ideas that fail us. Instead of clinging to hopelessly dated and naive perspectives, can’t we all just act like adults, rebuild our understanding and get on with it? God damn.

“Humanity in the abstract will never
inspire you in the same way as the human being you meet.” I’m a textbook extrovert. Engaging with other people gives me energy. Meaning, if I go too long without human interaction, I don’t feel like myself. If I spend two days without looking another person in the eye, I grow anxious and lonely. And forget about social media. Tweeting doesn’t satisfy my interpersonal longings. When I used to work out of my home, I would take breaks and go to Starbucks, just to talk to people. And I don’t even drink coffee. But when the soul needs humanity, the stomach shuts its mouth. Sparked from a commencement speech given byMelinda Gates.

“Hollywood is the only town where you can die of encouragement.” It’s an old saying, but I just heard it for the fist time onBy The Way with Jeff Garlin. Frankly, it’s kind of hard for me to swallow. I’m a fundamentally affirmative person. I find a way to love everything. Hurting people’s feelings isn’t my forte. Then again, there are some people who, despite their best intentions and boldest ambitions, are not going to make it as a full time whatever. Which doesn’t mean they need to stop doing what they do. But somebody needs to beat them with the practicality stick. And it’s not going to be me. I’m too nice.