Stand out without selling out 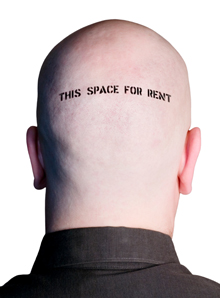 Five down, one to go.

I was so close to getting the job I could taste it!

All I had to do was ace this last interview and I was a shoe-in for my new position at the Ritz Carlton.

“OK Scott, this last question is kind of a tough one. Most applicants usually have trouble with it, so just take your time:

Do you have any weaknesses?”

Damn. That IS a tough question.

Should I lie?
Tell him I don’t have any weaknesses?
Or give him the answer he wants to hear?

“Sure, I’ll give you four of them,” I said confidently.
“Number one: I’m not a great driver. I know I’m applying for a valet position, but sometimes I make stupid decisions behind the wheel. Heck, I can barely even drive stick!

Number two: I have big eyes. What I mean is, I will scope out every girl that walks through the lobby without realizing that I’m staring. That might get me in trouble with the guests.
Number three: I’m not the most punctual employee. Now, I’m not saying that I’ll be late every day, but you’ll rarely see me come in early.

Number four: I have a big mouth. I often say silly things that might come off as offensive to others.

But the truth is, sir, all four of those weaknesses I just listed – they can be changed. But the one thing about me that will NEVER change is my honesty, and THAT is exactly why you should hire me to work at this hotel.

The next thing I heard was the sound of his jaw hitting the carpet. He looked at me like I just told him I was abducted by aliens from planet Zantar.

After a brief silence, he wrote something down on his legal pad, shifted his weight and leaned back in his chair. He grabbed a quick drink of water and crossed his arms.

I thought I was a goner for sure.

He responded with four words: get outta my office!

I’m just kidding. What he really said was: you got the job!

Initially, I couldn’t believe that answer actually worked. But in retrospect, I realize what happened:

I stood out without selling out.

Interviews. Performance evaluations. Meetings. All that stuff. These are opportunities for you to stand out a make a name for yourself.

Which means (as usual) you have a choice:

1) Sacrifice who you are and what you believe, shrink from the opportunity to showcase your individuality and give the guy on the other side of the desk the answer he expected to hear. Or,

2) Summon the courage to be yourself, say how you really feel, fly in the face of convention and stand out like the unique person that you are.

LET ME ASK YA THIS…
When was the last time you stood out without selling out?

I can’t believe I’m actually blogging about this…
Yet another free ebook from The Nametag Guy
Why can’t I start a conversation with you?