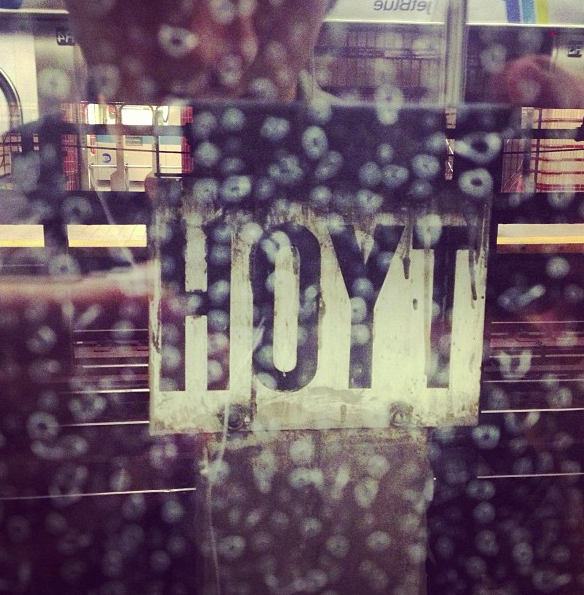 “It’s like quitting cocaine by crazy gluing your nostrils together.” Snap. That was Bill Maher’s take on Chris Christie’s stomach stapling. And my thought is, what’s the problem with crazy glue? For those of us who lack self-control, people for whom abstinence is cheaper than moderation, sometimes the best way to block a punch is to not be there. In my experience, forcing yourself to live in a more black and white world knocks out excuses, reduces your experience of anxiety, prevents the rationalization of poor choices and enables daily decision making to be a million times easier. Absolutes are highly underrated. Hooray for glue.

“A society of mourned and misplaced creativity.” I’m eternally grateful to come from a family of artists, musicians and entrepreneurs; an upbringing that encouraged, supported and applauded all forms of creativity. Sadly, not every family has such fortune. People grow up, but their expression never bubbles to the surface. Beaten into submission
by the sleepwalk of work, their art never finds a home. Thank god for interviews with artists like James Rhodes. He inspires hope that it’s never too late for the gates of dammed up dreams to be opened.

“Bad words don’t make it into the public sphere.” My friend Tony pointed out a fascinating distinction between public space and digital space. Online, selectivity determines discovery. We only engage with content that mirrors our identity. We scroll through feeds, subscribe to blogs, listen to podcasts and press like buttons for people and things and ideas that perfectly reflect our belief systems. And, we do so with anonymity. Offline, proximity determines discovery. We engage with whatever is around us. We have conversations in unexpected places and bump into people who aren’t like us and encounter viewpoints that, god forbid, force us to think outside of our outdated beliefs. And, we do so with accountability. Maybe I’ll start listening to Glen Beck, just to keep me on my toes.

“Growing wealth as a side effect of living your life creatively and intelligently.” Wealth isn’t the target, wealth is what we get for hitting the target. It’s the incidental consequence of the intentional commitment to make meaning in accordance with our values. Who said anything about money? Five years ago, my income was significantly higher than it is now, but my relationship sucked, my health suffered and my happiness staggered––therefore, my wealth was significantly lower than it is now. Inspired by Jaron Lanier’s new book, Who Owns The Future?

“I’ve
gotten so used to it that doesn’t seem weird anymore.” Yesterday I was telling a new coworker the origin story of my nametag. Her immediate response was, “Why would anybody want to read a book about that?” And I replied, “Exactly. They wouldn’t. But they did. Repeatedly. For twelve years. And because of that, I built a profitable business, a successful career and an iconic brand. So, who’s the joke really on here?” Inspired by a heartbreaking documentary on professional YouTubers.

“She’s
my second favorite narcissist in New York.” I overheard this comment during a happy hour conversation between two unemployed drunks. Made me think of this. When we decided to move to a New York, the first thing we did was interview friends who lived here. As expected, everyone bemoaned how exhausting, stressful and overwhelming the city was. We considered ourselves warned. Eighteen months later, I’m not sure I agree. Yes, New York is fast, cold, hard and rude. And I’m probably more tired than I used to be. But I’m also more relaxed, more slow paced and more at peace than I used to be. Perhaps overwhelm is a choice to be made, not an inevitability to be feared.