Put That Through The Spouse Filter 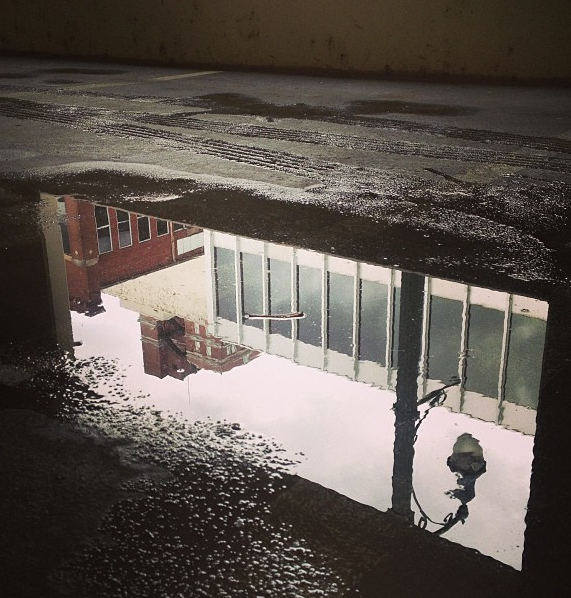 “It
gives me a craftsman’s pleasure.” I am forever attached to the poignant scraps that
flow through life. At any given
moment, ideas flock to me like iron fillings drawn to a magnet. From every
source imaginable. And the next thing I know, I’m borrowing energy from the
ideas themselves, riding on little waves on language, completely tuning out the
rest of the world, lost in my linguistic vortex until something is resolved on
paper. It’s like responding to a psychic summons.
Inspired by an interview with John Banville.

“Trying to pull back on the reins of his ambition.” I used to set a hundred goals every year. Fifty personal, fifty professional. Kept a copy of the list in my wallet. Until one day, it occurred to me that I had done enough to be okay with myself. The drug of accomplishment didn’t have the same effect that it used to. The buzz was wearing off. And now, for the first time in a long time, there was a part of me that was resting. Which, ironically, was euphoric as hell. Inspired by The Rolling Stone interview with Bruno Mars.

“Put that through the spouse filter.” The hardest part about shifting my pronouns is resisting the urge to make decisions unilaterally. Whether it’s scheduling a workout, cooking dinner, going on a man date or getting a haircut, there’s a new coefficient that didn’t used to be there. And if I’m not conscious of that number, the whole equation goes to hell. Inspired by a conversation with old married people.

“Massage your worried mind.” I was a daily meditator for ten years. The practice kept me sane, kept me healthy and kept me focused. Now, I hardly ever do it. And I miss the ritual, but at the same time, the fact that I don’t need to do it is a positive sign. Funny, you move to the biggest, craziest, fastest city in the world, and all of the sudden, you’re more relaxed than ever. Didn’t see that coming.

“Finally clawed our way to stability.” Yesterday I went to LaGuardia for the first time in six months. Possibly my longest stretch without air travel in years. And I couldn’t be happier. Traveling loses its cache after a while. Especially when you can’t even remember which city you’re in. Reminds me of that John Mayer song, Homelife. Who knew staying put could be so profitable?

There Is Where We Got Carried Away
If You Can Measure It, It’s Probably Not That Interesting
Few Have Paid So Dearly For Their Idealism