Never underestimate the power of working your ass off 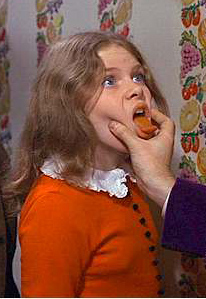 I believe the following sentence is a myth:

The ONLY attribute that is 100% guaranteed to make you successful in any endeavor is HARD WORK.

THE CHALLENGE IS: a lot of people don’t want to hear those two words.

Other night I was giving a talk to a publishers assocation about developing web presence.

At the beginning of our workshop, I told the group that my website gets 35,000 hits a day.

Then, for the next hour, at least seven people kept asking the same question: “Yeah, but how do you get all these people to come to your site?!”

But it doesn’t work that way.

And that’s why I finally (at the end of the speech) answered the burning question by saying, “OK, do you REALLY wanna know how I get so much organic traffic to my website?”

“Because I work my ass off.”

Like I’d revealed some sort of magic secret to success.

And that was the end of my speech.

SO, HERE’S YOUR WAKE UP CALL: after thousands of years of existence, the only secret of success that has, and never will change, is HARD WORK.

If you interviewed one hundred super successful people, I bet 99 of them would attribute their success to hard work.

Because all things being equal: hard work is always the best answer.

Now, does that mean you shouldn’t work smart?

Of course not! Working smart is also essential.

But not on its own.

You need to work smart. AND long. AND hard.

And eventually when you’ve paid your dues and you’re raking it in and you’re starting to get kind of tired, THEN you can work less hard.

So I guess for now, it’s all about hard work.

Never underestimate the power of working your ass off.

LET ME ASK YA THIS…
Is “working smart, not hard” a myth?

Adventures in Nametagging: South Florida Style
Watch The Nametag Guy on WINK News!
How I Made an Entire Career out of Wearing a Nametag … (Part 2)