The Shady Underworld of Anonymous Commenters 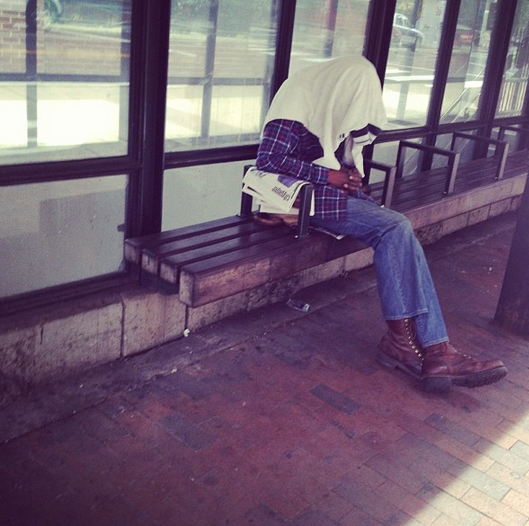 “His identity is his company, he is only as mature as it is.” Anything we build is an extension of ourselves. Including our businesses. Especially our businesses. As we mature into upgraded versions of ourselves, so goes the enterprise. As we diversify our identities and change our relationships, so goes the enterprise. When I started practicing yoga, not only did I increase my physical flexibility, but my entrepreneurial flexibility as well. I opened myself to working on completely different projects with new kinds of clients, gigs that I never would have had the guts to try three years earlier. Point being, all work is a mirror. Honestly reflecting back to us exactly who we are at the time. Inspired by a fascinating interviewwith Dennis Crowley.

“The shady underworld of anonymous commenters.” Earlier this week, I was featured on MSN Living’s list of the worst tattoos of all time. My parents were thrilled. But what’s amazing is, that picture was taken eight years ago. Since then, my nametag has given me everything. Everything. Beyond my wildest expectations. Attention, memorability, credibility, platform, relationships, even real money. And although it’s not the centerpiece it used to be, it still serves me in many ways. Because it’s not a nametag, it’s a passport. That’s the real joke. And it gets funnier with every passing day. And nobody is laughing harder than me.

“If the idea keeps stalking me in the moment, I have to leave whatever I’m doing and go home or go sit in the car and work on it.” I was up early one morning when I came across a viral video that brought me to tears. I seriously balled my eyes out. But within the next hour, I had written a song of my own. And it’s one of the best I’ve ever composed. The point is, when a new idea shows up and refuses to go away, there’s a certain amount of artistic obedience that’s in order. We can’t just show appreciation, we have to take action. We have to write something down, draw something up or build something out. Whatever it takes to help the word become flesh. Sparked by an interview withCharlie Ray.

“Committed people deserve committed people and aren’t compatible with anybody else.” What excites me most about being married is, being married. That’s all I ever wanted. Hitting on girls, going on dates, sowing my royal oats and bragging about sexual conquests never did anything for me. Just seemed wildly uninteresting. On the other hand, committing with both feet, agreeing on the intention of your partnership, building something meaningful together and working your collective asses off to keep it alive? Now there’s something worth doing. There’s something I can get behind. No pun intended. Inspired by apostby Don Miller.