Moments of Conception 036 — The Surrealist Scene from Midnight in Paris 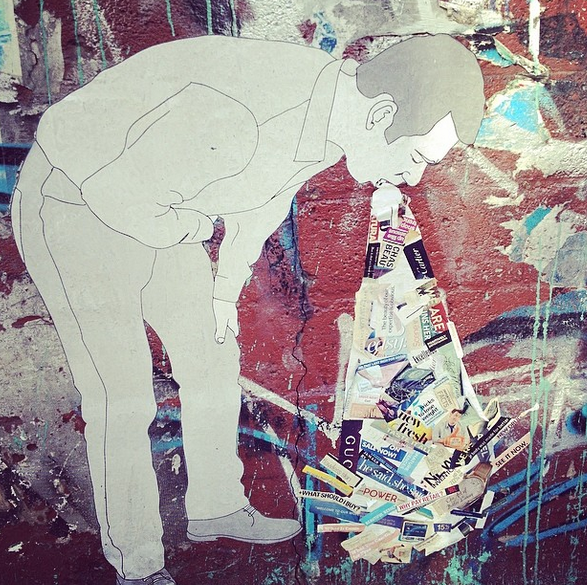 Today’s clip comes from the surrealist scene in Midnight in Paris:

People who don’t get the joke are dead
to you. Bender’s
dilemma is that he inhabits two different worlds simultaneously. To the lay
person, that would sound like a surreal concept. But not to a group of
surrealists. These men long for contradiction, surprise, absurdity and madness.
They welcome the bizarre. Their work, after all, is conceived at the confluence
of genius and insanity. And so, meeting a man trapped between generations is a
great honor for them. That’s the part of the scene that touches me. Bender has
found kindred spirits. He’s discovered his own kind. A community that shares a
common passion. People who aren’t interested in catering to the normal. Sigh. Has that ever happened to you? If
so, you know profound it can feel. But
you also know that the whole thing happens in an instant. Even if it feels like
a lifetime. It’s relativity at its finest. The dangerous part is,
sometimes it happens so fast that you fail to recognize it. That’s why you have
to keep your antennas up. You have to
stick around and continue to be yourself until the correct people find
you. Which tribe is weird enough to make
you feel normal?

Every person helps
unlock a little piece. This scene illustrates the transformative power of
dialogue. In dialogue, we become observers of our own thinking. In dialogue, we
understand the self in the context of other people. In dialogue, we connect
with others, observe how they respond to us and gain a broader vision of our
ideas and our identities. Unfortunately, too many artists are seduced into taking
the antisocial low road. Locking themselves in their studios. Staying at home
all day. Constantly disappearing into their own work. And as a result,
decimating their ability to relate to others. Myself included. Gruber’s theory of gradualistic
creativity, however, touts the interpersonal imperative. His
research shows that establishing social environments and peer groups for
nurturing work are essential to creative success. That our art should be
approached interactively, always conducted in relation to the work of others. To
use one of my favorite mantras, it’s hard to play basketball without a
backboard. How would your work change if
you had access to better sounding boards?

Inspiration is the
eye of the beholder. Each of the characters hears the exact same story.
Bender is confronting the shortcomings of his relationship while falling in
love with a woman from another era. And yet, each of the artists envisages a
different masterpiece inspired by such an unusual romance. One man sees a
photograph. One man sees a film. One man sees a problem. One man sees a rhinoceros.
It’s the perfect illustration of the subjectivity of inspiration. And, if you dig
a little deeper, if you look for the thing behind the thing, there’s also a subtle
message about originality. Artists, after all, are notoriously possessive about
their ideas. And when a good one drops out of the sky, everyone wants to be the
first and only one to snatch it. But the reality is, everyone metabolizes
inspiration differently. Some see what they want to see. Some see what they
need to see. Some see what they expect to see. And some see what they can
afford to see. Nonetheless, by the time that moment is received, registered,
recorded and rendered, everyone’s result will always looks different. Always. What happens when inspiration registers
against your template?