Keep Your Eye On The Ball And Let Your Mind Go 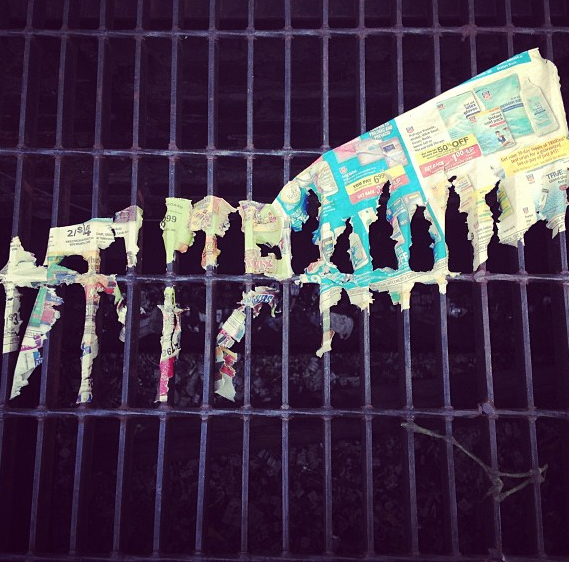 “Passion is not something
you own, it’s something you pass forward.” As retail goes, so
goes the world. The everyday interactions we have with cashiers, waitresses,
taxi drivers, front desk attendants, customer service reps and sales associates
are perfect microcosms of our society, both good and bad. One day we walk into a store whose employees never let us
forget how it feels to be good people. They act as if it’s an honor to spend
time with their customers. And it restores our faith in humanity, adding
lightness to the rest of the morning. Money
well spent. The next day, we spend an hour on the phone with an agent
who treats us like an inconvenient interruption to their system of efficient operation. They act as if we’re interfering
with them trying to run a business. And it crushes our spirits, souring the
entire afternoon. Thanks for caring. That’s the power of retail. And employees need to understand that. Their job may be the simple sale of commodities in small quantities,
but that doesn’t mean their impact isn’t big. Retail the great mood changer, the barometer of humanity. Inspired by The Passion Conversation.

“Keep your eye on the ball
and let your mind go.” I’m a big believer in the power of positive addiction. Whether it’s exercise, meditation, creative expression or
writing letters to people you love, getting yourself hooked on healthy, meaningful
routines is always a wise investment. Years ago I read a fascinating book whose research proved that positive addiction creates extremely
optimal conditions for the brain to grow. And, unlike other addictions, it rarely gets you
arrested. In fact, just yesterday a newcomer at my yoga studio asked if practicing daily would have a negative psychological impact. I told her it was the
opposite. That after a while, it actually becomes easier to stick with the
practice than to skip class. And that’s the secret to positive addiction. Trumping habit, trumping discipline and getting to the point
where you feel worse when you don’t do something. Not a bad corner to paint yourself into.

“We don’t need a website to tell us who our friends are.” The word friend doesn’t mean the same thing it used to. When we were kids, a friend was a friend was a friend. It was the person you grew up with, played football with, ate chicken wings with, chased girls with, got wasted with, shared heartbreak with and had inside jokes with. Nowadays, we tend to throw around the word friend without as much meaning. We call a lot of people our friends, when in reality, some people are more like acquaintances or connections or friendlies. I’m reminded of the movie Stand By Me. In the final scene, the adult version of Gordy says: “Friends come in and out of our lives like busboys in a restaurant. I never had any friends later on like the ones I had when I was twelve. Jesus, does anyone?” The point is, despite geography, despite life situation, despite success or failure, despite whatever type of future we may have together, there are certain people in our lives we can’t help but always be friends with. We are inextricably bound by the chains of our shared past. And we will always have the one thing nobody can take away from us: Our history. We don’t need a website to tell us who our friends are.

“She still loves you but you still have to work on her liking you.”I like telling people that I like them. It’s one of life’s most satisfying, simple pleasures. That moment when I meet someone for the first time, get to talking, start peeling the onion, make a connection and decide that they’re wonderful, I never miss the opportunity to look them in the eye and say, I like you. Literally. Those exact words. Because every time I do it, people light up. They smile with their heart’s best face. Sometimes they don’t even know how to respond. And the cool part is, it’s not some technique to win friends and influence people. There’s just a certain honesty and innocence and nostalgia attached to those three words that’s impossible to resist. Besides, after the age of thirteen, nobody really says I like you anymore. Maybe it’s time we brought it back.

Win A Free Copy Of Nametagscott’s New Book When You Buy Jeffrey Gitomer’s 21.5 Unbreakable Laws of Selling
Don’t You Want To Be Around People Who See You?
Let Me Suggest This: 156 Rants, Riffs and Real World Strategies on Business, Branding, Belonging and Believing