In That Kiss I Saw A Vision Of My Future 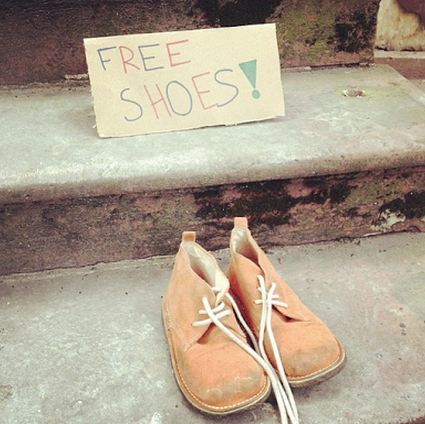 “Your culture will kill you softly with its song, and you won’t even notice.” One of the first
lessons I learned from wearing a nametag everyday was, if you don’t make a name
for yourself, someone will make one for you. And it might not be the one you
want. Proving, that identity is a
proactive endeavor. We can’t be bystanders in defining who we are. It’s too
important to leave up to chance. Interestingly, that same lesson could be
applied to organizational culture, but on a larger scale. If we’re not intentional about creating an
environment worth coming to––and passing on––the culture will create itself.
And we’ll lose control of the collective experience of every individual who has
anything to do with us. Because every organization has a culture. The
question is whether it’s alive and breathing, and who’s running the ventilator.

“In that kiss I saw a vision of my future.” So many things in life just go away. A prospective client
reaches out, shows an interest in our work, asks tons of questions, requests a
price quote, emails back immediately, gets our hopes up about working together,
and then just magically disappears. No explanation. No apology. No nothing. They
just go away. And despite our follow up efforts, courteous and professional and
persistent as they may be, still nothing. What the hell. You came to me, remember? But that’s just it. Just because she
kissed once doesn’t mean you’re in love forever. That’s good advice for love
and work. Because we can obsess over what went wrong all night. Was it me? Was
it them? Was it technology? But in the end, some things just go away. And although
it’s wildly unsatisfying, although we’d rather hear no than nothing,

“The greatest verb might well be earn.” Continuity is currency. It’s what earns us the benefit of the doubt when we make
mistakes. Music is the perfect example. Some of my favorite bands, ones
that I’ve been a loyal fan of for decades, occasionally put out a weak album. And
it hurts my ears, but I usually get over it pretty quickly. Because
I know there’s more where that came from. I trust my heroes. I forgive them quickly. They’ve brought so much joy to my life for so long, and I’m sure they’ll be back soon enough. The point is, we should all work toward that level. More than talent and accuracy and perfection, we should all strive for continuity. Because when we’re playing every day, we can afford to take shots and miss.

When There’s Only One Person They Can Hire, It’s A Pretty Straightforward Negotiation
Humanity Has Problems And We Will Turn Up To Fix Them
You Do Better When You Try Easier