If you’re nothing without the suit, then you shouldn’t have it 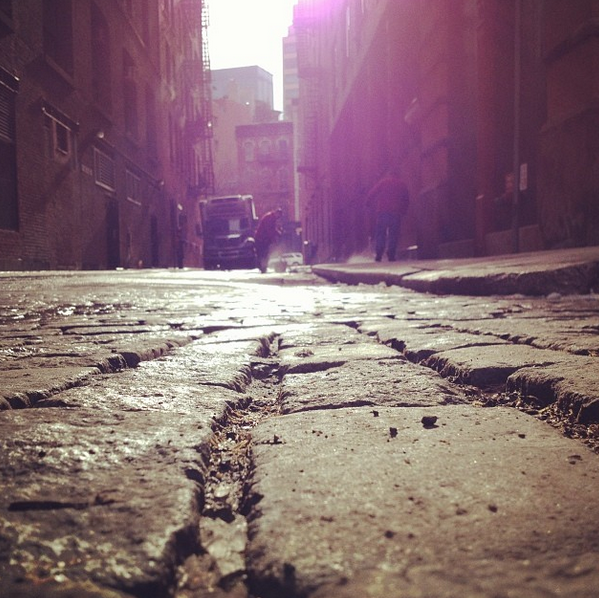 Along each of our hero’s journey, whatever power we are searching for, it has been in our possession from the very beginning. That thing was there the whole time.

We just needed to embark on this long and sprawling quest in order to confront and own it.

Putting on a nametag didn’t make me special, it merely brought to the surface a specialness that was always there. It made me more approachable to an otherwise cynical and disconnected world, which gave me permission to share parts of myself that were otherwise invisible.

And yet, people love to joke that if they ripped the sticker off, I wouldn’t know who I was anymore.

It can sometimes feel strange for the first few minutes, but honestly, I don’t notice the damn thing most of the time anyway. After twenty plus years, it’s just a fixture at this point.

Which doesn’t mean the idea has run its course. Wearing a nametag in my forties is even more important to me than it was in my twenties. And the lesson that’s been pounded into my brain on a daily basis is:

Back to our comic book example from earlier. Ironman’s colleague argued that he was just a big man in a suit of armor. Take that off, and what are you? To which the superhero responded:

Sounds like a solid identity to me. The suit merely identified him, but those other aspects of his life defined him. See the difference?

Proving my theory that all superhero stories have basically the same message. We are who we choose to be. Whatever suit, outfit, glowing thing or mask we think is going to make us special and save us, that’s not the real thing. It’s just a prop.

Our authentic power has been there the whole time. As the sages say, no pun intended, the burning bush was on fire all along. We just needed life to knock us down a few pegs so we were humble enough to finally notice it.

Remember, who you are is not dependent on merely one of your choices in life. Whatever physical object you think is going to validate your identity in some idealized future, just know that there’s something underneath that’s far more important.

LET ME ASK YA THIS…
Are you wearing that thing because you want to, or because you’re hiding behind it?