Are you the echo or the origin? 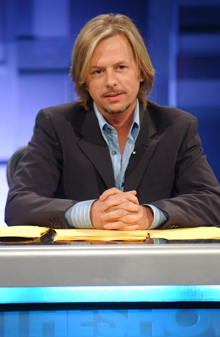 There are no cover bands in the Rock and Roll Hall of Fame.

Because cover bands are imitations.

In other words, echoes.

An echo is defined as a “repetition or close imitation.”

And if you take a quick look around, you’ll notice a WHOLE lot of companies, products, people and ideas are just that – echoes.

FIRST EXAMPLE: in the mid 90’s when David Spade was a regular cast member on Saturday Night Live, he did a great bit on Weekend Update called “Hollywood Minute.”

My favorite episode from the 1994-95 season featured a picture of grunge rockers Stone Temple Pilots.

Spade’s punch line was, “Yeah, these guys were great the FIRST time I saw them … when they were called Pearl Jam.”

See, Spade was suggesting that STP was the echo, not the origin. (Don’t get me wrong – I loved STP.)

But this isn’t just about music.

And it goes for books, movies, products, companies, ideas and services.

SECOND EXAMPLE: a few weeks ago I was flying home to St. Louis after giving a speech in Orlando. The flight attendant took the passengers through the usual preflight routine.

Here’s what she said:

o “If you haven’t ridden in a place since 1957, this handy little tool is called a ‘seatbelt!’”

o “If the person next to you starts freaking out, please don’t be alarmed…”

o “In the event of a water landing, don’t forget to grab your Speedos and bikinis along with your seat cushion!”

The entire plane was laughing. Passengers actually gave her a round of applause after she was done!

NOW, HERE’S MY QUESTION: what airline do you think it was?

(Think of your answer before reading on.)

Most people would guess Southwest Airlines, as they are well known for their fun, casual and mundane-to-memorable customer service.

But it was actually US Airways.

Didn’t see that coming, did you?

Of course not! After all, Southwest was the first airline to actually make their preflight announcements fun.

Which makes them the origin.

But over the years, other airlines (namely, US Airways) have made the connection between Southwest’s philosophy and their profits … and copied their fun announcement idea.

Which makes them the echo.

And that creates a problem.

To find out which one you are, take The David Spade Test:

STEP 1: Think about a specific idea, product or service your company offers.

STEP 2: Next, imagine David Spade (in his typical wise-ass form), was parodying your company on Saturday Night Live.

STEP 3: Ask yourself, “Who or what would the cynic compare us to?” Imagine how Spade might insert your product or idea into one of the following punch lines:

The goal is to come up with nothing.

To find no possible way someone could jokingly compare you to a competitor.

To be the only one who does what you do.

Because if you’re just an echo, you won’t be around very long.

REMEMBER: there are no cover bands in the Rock and Roll Hall of Fame.

LET ME ASK YA THIS…
Are you the echo or the origin?

LET ME SUGGEST THIS…
Complete this exercise and figure out what David Spade would say about you. Then brainstorm arguments as to why he’s wrong.

Practice intentional discomfort
How to be a Sticky Note Superstar
Approachable Service: The First Impression Fizzle