All the hits are flukes 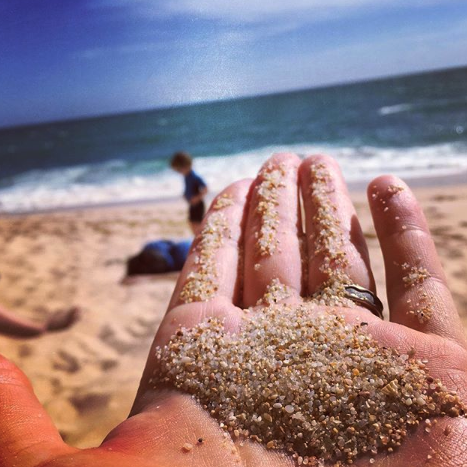 Launching a new brand is one of the most exhilarating business projects to work on.

But it can also be one of the most challenging.

Christensen, the professor and the creator of the term, the innovator’s dilemma, reports that each year, more than thirty thousand new consumer products are launched, and eighty percent of them fail.

Will you be one of the twenty percent left?

It largely depends on your assumptions. Like the key issues of timing and context.

For example, if your company is scheduled to launch six months from today, that means you have been working on this idea for the past six to twelve months, at minimum. Having worked with tons of startup founders myself, it’s probably more than that.

Because of this history, it’s fairly common for owners and founders of new companies to be energized and ready to make waves immediately. And that’s a good thing. That motivation and executive vision is critical to inspire the team and fuel company growth.

However, don’t let that passion tip the budgeting scales for the sake of speed. It’s understandable if a company founder wants to see their six months or even six years of work come to fruition right away.

But no matter how excited you are about launching your brand, keep everyone’s expectations at bay. Especially yours. In my experience working in the agency world, new companies just love to call their marketing firms seven hours after going live and ream them for not having any conversions yet.

Companies will have some kind of pitch deck, including some expensive, robust market research about their vertical. Which can be useful to dictate strategy, but you shouldn’t over rely on it.

Sharktank is a great show, but it’s convinced an entire generation of entrepreneurs that all they have to do is measure the size of the biggest player in the space, assume their conversion rate is five percent, and then capture a small slice of that market, and their brand will guarantee to get traction.

To quote the great scientist, it is very hard to predict, especially the future.

And the need to forecast is understandable, especially if you’re trying to raise money or if you’re being evaluated by a board of directors on a weekly or monthly basis. You’ll likely need to explain where marketing spend is allocated.

Overall, however, that process is flawed and isn’t the most dependable source of market research to validate the addressable market of a new brand. It’s understandable that you and the brand you’re launching wants all digital marketing to be profitable within months or weeks of launch.

But there’s no reason to overspend in the beginning. New brands are not going to see the types of returns that they want to be seeing because nobody knows the company yet. Your conversion rates are going to be trash, regardless of how much traffic you’re paying for.

Customers are not likely to purchase a company’s products right out of the gate, unless you’re a startup unicorn. Which, despite your highest aspirations, is generally not going to be the case. Every brand thinks they’re going to be, but it’s more often wishful thinking than it is accurate forecasting.

As they say in the rock in roll world, all the hits are flukes.

LET ME ASK YA THIS…
What assumptions are making your brand launch harder than it needs to be?

Those who conferred the greatest benefit on mankind
You don’t suffer from anxiety and depression, your friends and families do
Send a chill down your own spine