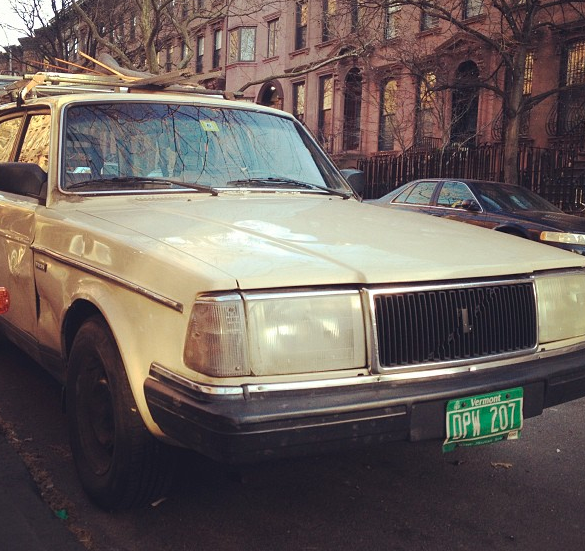 “All the bottles I threw into the ocean are coming back.” Not sure where this sentence came from, but it’s a nice window into the excruciating patience of self-employment.

“Create a sense of before, during and after.” Fascinating interview with Julia Cameron, one of my writing heroes, on the fear of flying.

“Every little bit of hope you stumble across is real.” In Rob Bell’s audio book, someone asked him to define Christianity in ten words, which was exercise first invented by Theologian Will Campbell many years ago. Cool.

“Falling into a period of prolificacy.” Kevin Smith discusses the future of television. He continues to be the single most productive stoner on the planet and, ironically, my idol.

“Just an inch away from making it.” Bob Lefsetz rants on the never ending pursuit of the imaginary ceiling. Boy do I remember those days.

“Obnoxious to the human eye.” Edison describes the street lights of Paris. Not the first or the last person to use the phrase, but there’s something about his context that’s better than anyone else.

“People don’t dig complicated.” As usual, Dr. Drew sums up the human condition in a few words. I’ve been listening to him for twenty years. I feel like he’s my doctor.

“Time makes us all betray ourselves.” So true. Tim Kreider nails it. Funny how often this happens. Stupid clock.

“I used small chores to enforce some order in my life.” When I went on sabbatical last summer, I used to do the dishes every day, just to feel useful. It works.

“We never encountered any danger, only people who were afraid.” Raphael Fellmer lives pretty well without money. With an attitude like that, I can see why.

People Like Funny Shirts, But They Won’t Wear Them
In Search of Exquisite Ordinariness
Adventures in Nametagging, Day 4,529: Subway Lime Rinds