A Lot Of Talent But An Equal Measure Of Temperament 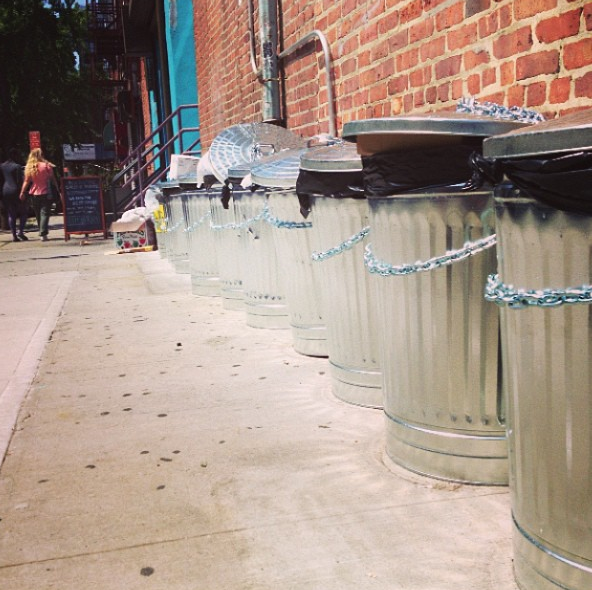 “Any field requires imagination if you want to be good at it.” Everyone is creative. Everyone. Even lawyers and accountants and republicans. Creativity is the dominant feature of the human endowment, the only common currency our species has and the highest example of what it means to be a person. And what drives me crazy is, the people who claim they aren’t creative. Bullshit. What they’re really saying is, they had it beaten out of them. Or they were taught not to value it. Or they buried their creative urges under a thousand pounds of cynicism. Or they chose to let their imaginative muscles atrophy from lack of use. But nobody isn’t creative. That’s like saying chocolate isn’t sweet.

“People are always trying to shake my faith, as if the foundation weren’t already flimsy enough.” It costs nothing to encourage. That I knew. But I had no idea how powerful encouragement was until I actually had people to encourage every day. Holy crap. It’s like oxygen to people’s souls. When someone we care about is clearly questioning their own value, beating themselves up for not being useful to the world, the best gift we can give them is encouragement. And it doesn’t matter how they receive it, either. Not everyone is good at accepting a gift like that. What matters is that we make the effort. Not just to encourage people to become more of what they are. But to empower people to become what they never thought they could be. To help people believe that something bigger is possible for them. That’s magic. Inspired by yoga doubters.

“It’s not a flaw, it’s a feature.” The moment we discover someone isn’t like us, our first response is to round down and label their behavior as a negative. But most of the time, it’s not a weakness or a flaw or a liability, it’s just who they are. I have a friend who’s a complete asshole, but he knows it, he owns it and most importantly, he uses it to bring out the best in others. When he questions every idea you have, it’s not a personal attack, it’s just his way of making you search for another answer. Maybe even a better answer. And that’s hard for some people to handle, but once you understand who he is and how he operates––plus, how valuable his brilliance can be––you start to appreciate his assholery. Inspired by a sassy librarian.

“Comedy takes a lot of talent but an equal measure of temperament.” Polarity fascinates me. The yin and yang of life, the simultaneity of two opposing forces pulling at each other like taffy, I just think that’s interesting as hell. And I came across another example this week. The trouble with being persuasive is, you can compel yourself into a corner. Being an exceptional presenter goes a long way, but if the theater of the idea is better than the idea itself, the integrity of your creative foundation collapses. Conversely, the trouble with being gifted is, your genius can go unnoticed. Being brilliant is an great asset, but if you’re not as convincing as you are talented, you’ll always be winking in the dark. Inspired by a fascinating interview with the man who knows everything about nothing.

The Knots Grow Tighter On The Ropes That Bind Us
Three Reasons Your Company Should Hire Johnny Sciortino
I Want To Be A Surprise, Not An Expectation