Why I’m (still) wearing a nametag 24-7 during quarantine 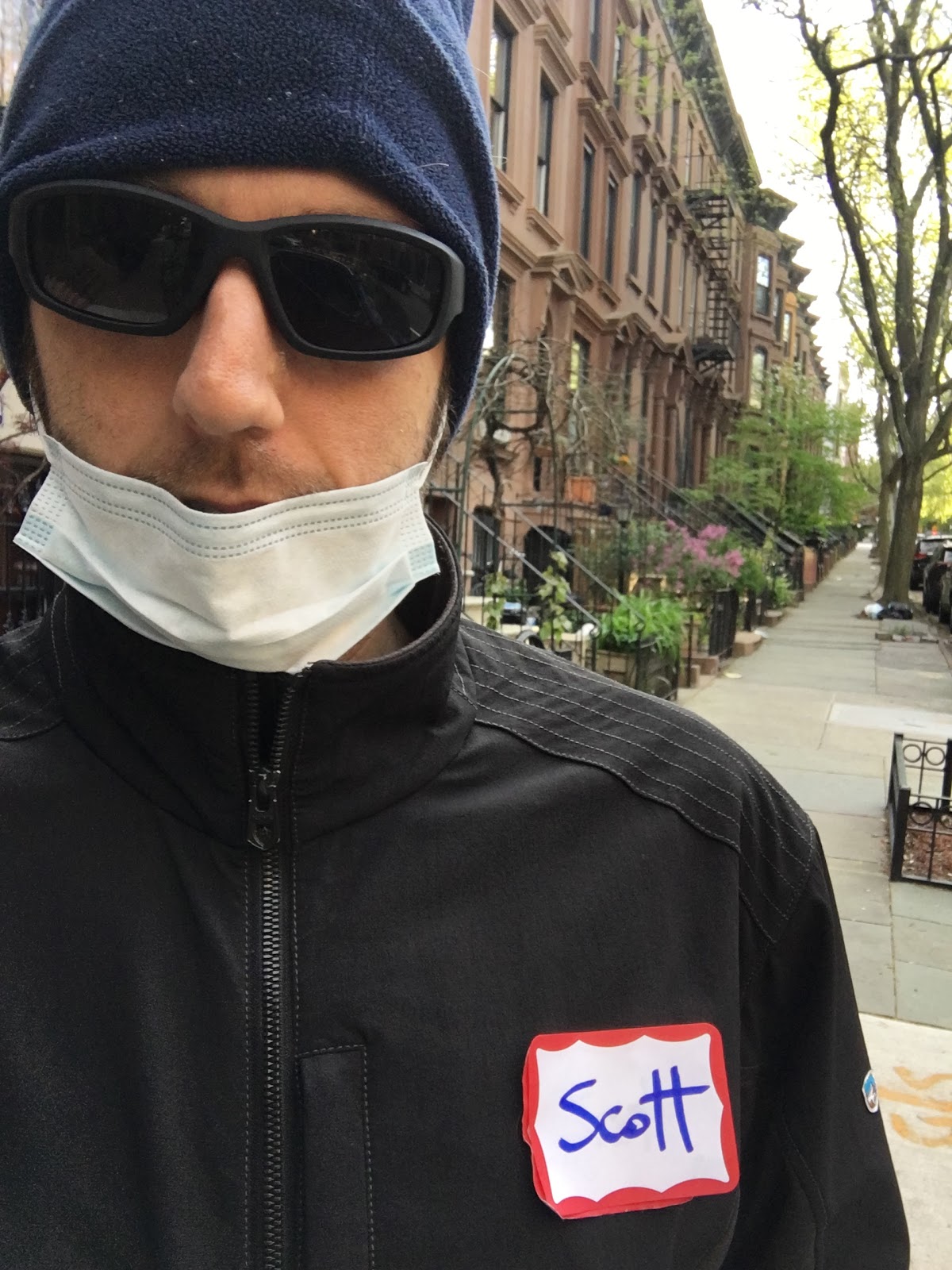 In this time of social distancing, people are staying six feet apart from each other.

They’re wearing masks, goggles, hats, hoodies, gloves and other protective outerwear. Doing whatever they can to keep ourselves and each other safe from exposure to the virus.

But one of the interpersonal challenges of our culture’s new social contract is, it has become harder and harder to recognize each other in passing.

Now more than ever, our public identities are kept secret. Everyone is essentially in disguise. It’s like we’re all in the witness protection program.

And sadly, the delightful random variation of casual interactions with friends, acquaintances, neighbors, coworkers, delivery guys and colleagues has hit a record low. We’re all craving face to face conversation, and it’s never been harder and riskier to engage in.

The other day my wife and I took a walk in our neighborhood around sunset. We passed by a woman on the street who was just as bundled up as we were. She stopped, turned around and yelled to get our attention.

“Scott! That has to be you. Who else would be wearing a nametag during quarantine?”

We paused, squinted towards this person, and then the delayed shock of recognition settled in. The social picture came into focus.

“Maye! How are you? It’s so nice to see you out here. How’s your family doing?”

The three of us chatted for a few minutes, holding our six foot distance, exchanging typical quarantine pleasantries about sanitization, sheltering in place and running out of toilet paper. It was lovely.

When we parted, our friend waved and bid us farewell.

“Scott, it’s a good thing you were wearing your nametag, or I never would have known it was you.”

That comment is especially funny to me, considering my history. Because for the past twenty years of wearing a nametag every day, people have probably said that exact sentence to me tens of thousands of times.

But always with a sense of irony. Because in a normal social context, of course my friends know it’s me. The nametag isn’t for them, it’s for strangers.

And yet, during quarantine, my nametag is for everybody. Even people who know me. In a time of social distancing, the sticker became disproportionately useful. Nametags are a form of semantic and semiotic information added to the environment to make it even more relevant and useful for my fellow humans.

Hinton writes about this principle in his phenomenal book about context:

There is a direct indexical relationship between the written name and the person, because the name is on you. It’s one of the most straightforward ways people use language in everyday life. Nametags add more context to the meaning of the object. The words on person construct of a nametag means that other people don’t have to calculate all of this explicitly. It’s a learned feature of their environment. The nametag object is an invariant cultural convention, learned in a system of other signifiers, just like language itself.

Wow, all that from a sticker? You better believe it.

But does this mean that quarantined citizens should wear nametags in addition to masks, gloves, glasses and hats?

Good luck passing that law. Social distancing is already enough of a hassle. No need to add another layer of complication.

But personally, during this time social isolation, wearing nametags has never felt more important to me.

It may not be changing the world, but it’s certainly making my world feel more connected.

And so, if you’re at the park today and you see some tall guy jogging who looks like the invisible man, but he’s wearing a nametag, feel free to say hello.

How are you practicing social closeness?