Swinging for the fences of noble failure 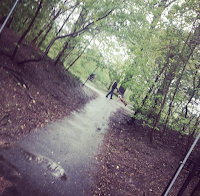 Ruth was legendary for not fearing a swing and a miss.

That’s why he broke the record for home runs and strikeouts in the same season. Babe made baseball history by succeeding and failing simultaneously.

Interestingly enough, this trend continues a century later. Statistics show that today’s batters who fail the most spectacularly also tend to be among the greatest successes.

It makes sense. They view their strikeouts as melodramatic, but momentary setbacks. This phenomenon proves that resilience requires reframing rejection.

Because in the moment, being shut down can be awful. Whether it’s a job, date, promotion, or a college, all forms of rejection can trigger our feelings of shame, frustration, confusion and incompetence. Those bastards, how could they have said no to me?

And so, these feelings are to be expected and expressed.

But something else that we can remind ourselves of is, rejection does mean we’re trying. We’re showing up. Making an effort. Playing the game.

Schwab, the legendary financial pioneer, has a name for this at his company. He calls it a noble failure. It’s when we have a good plan, we know what we’re doing, we think everything through carefully, we implement with sufficient management discipline, and when we look back in review, we conclude that it was thoughtfully done.

Then we debrief ourselves and ask what we can learn from the experience that will lead us to be smarter next time.

That’s a noble failure. And it’s awfully hard to beat ourselves up for doing something that.

By reframing rejection in that way, we become more resilient, and move one step closer to success.

Are your failures interesting enough that the world will give you more chances?